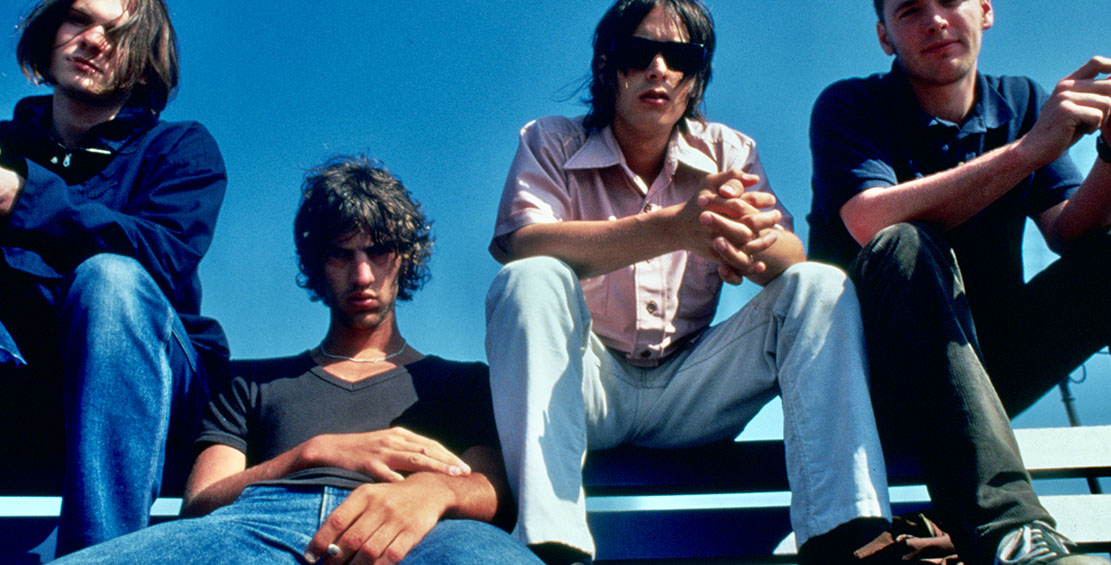 Sometimes a certain look connects with the times so seamlessly that it morphs into the visual embodiment of a cultural shift. That’s how it felt as a new generation of artists swaggered into the limelight and rewrote the rules in the ‘90s. Think of Richard Ashcroft stood poised at the start of the video for Bittersweet Symphony, of Supergrass as fresh-faced rascals running across a beach because they’re young, they run free, of Justine Frischmann curling up her lip in the promo for Elastica’s Connection, and you think of what they’re wearing, too. And what they were wearing was denim. This was how the visionary music-makers of the 90s went to work. 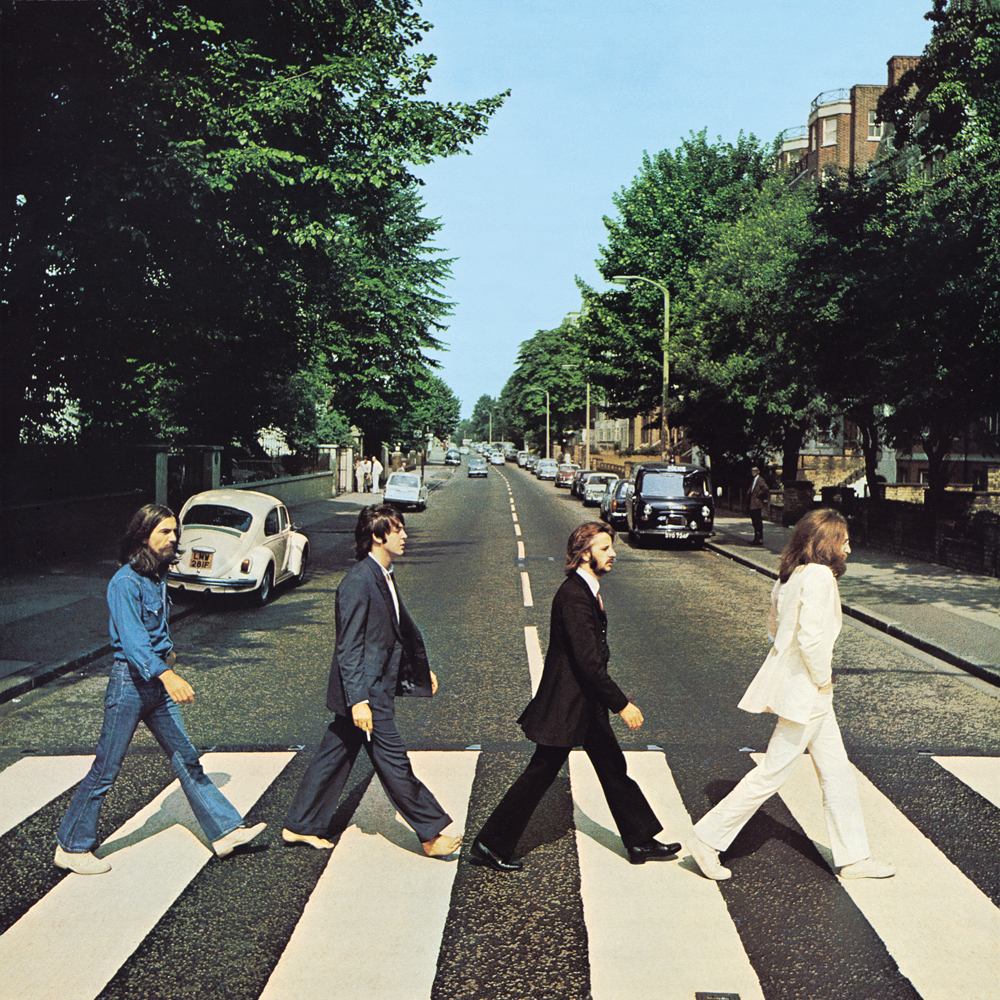 Denim had already long been established as the classic embodiment of cool. In the 90s, though, its relationship with rock’n’roll, and as the stylistic manifestation of rebellion and musical revolution, was reinvigorated. It’s a look that remains forever young, that feels rooted as much in last week, yesterday and today as it does in a romantic bygone age.

Look back over the pillars of popular culture right up to the present day and it’s always there. It’s present in clothes (George Harrison, swaggering like a don on the cover of Abbey Road), in song titles (Kings Of Leon with their song Taper Jean Girl) and in lyrics too. When The View told the world that they’d “had the same jeans on for four days now”, no-one assumed it was because they didn’t own another pair of trousers, they knew it was about youthful exhilaration and going out, and maybe spilling stuff down yourself, and going home, and then going out again. The message at the core is: life is there to be lived.

Way back before denim became a look associated with hitting the open road, or at least the open pubs, it was workwear favoured by labourers and miners. The textile originally came from the French town of Nîmes (denim deriving from de Nîmes, meaning “of Nîmes”) and pairing it with copper rivets around the pockets made it attractive to cowboys who were fed up of their clothes being torn on the job. John Wayne was amongst the wave of stars who first wore jeans on the silver screen. Denim as a symbol of going your own way had begun. 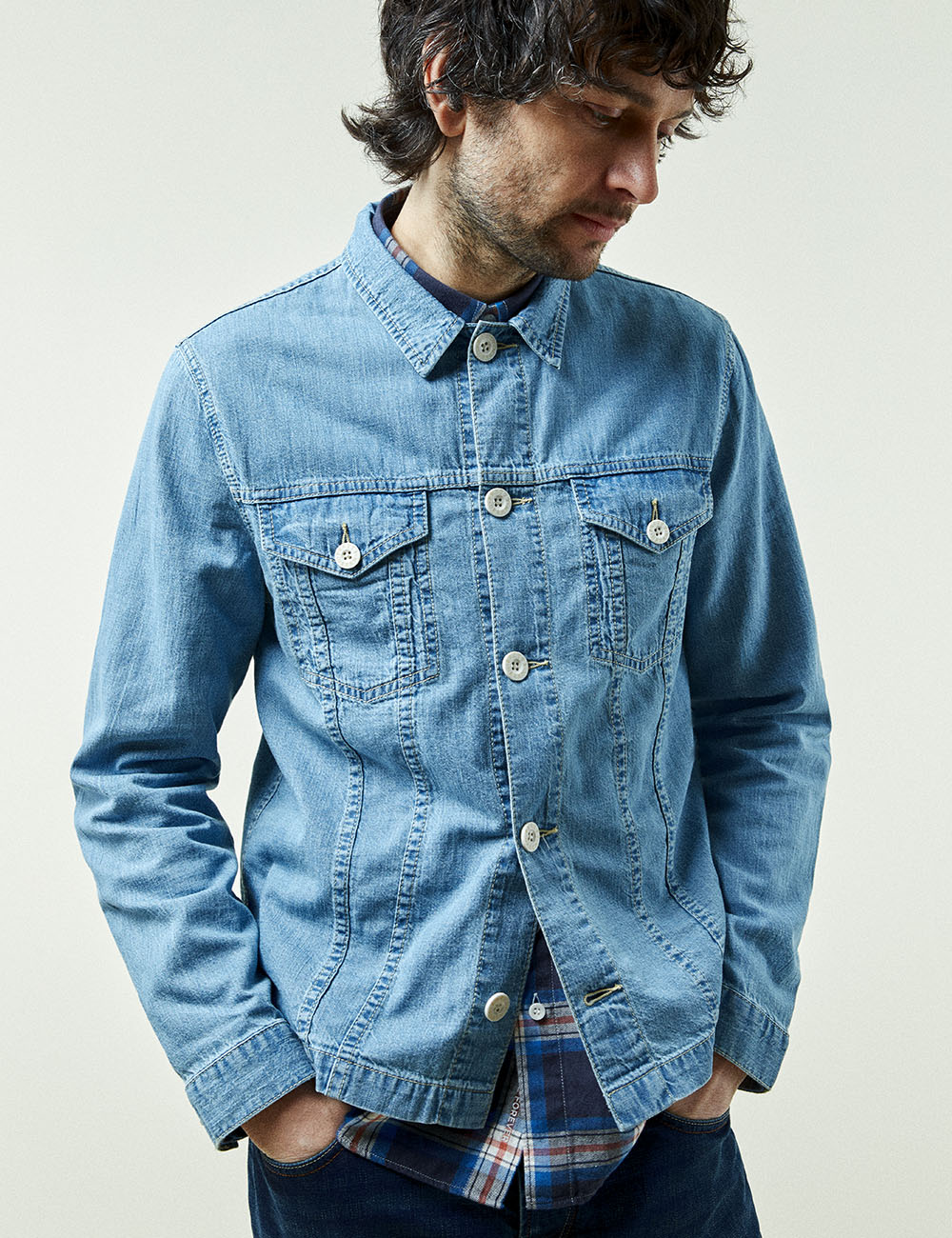 Denim’s pivotal role in the look of youth culture and teenage rebellion came in the form of the outfits worn by stick-it-to-man team leaders Marlon Brando and James Dean. Look at shots of them now, Brando with his turned-up jeans and leather jacket in The Wild One, James Dean with his slim fit jeans and red Harrington in Rebel Without A Cause, is to peer upon the template for rock’n’roll iconography. 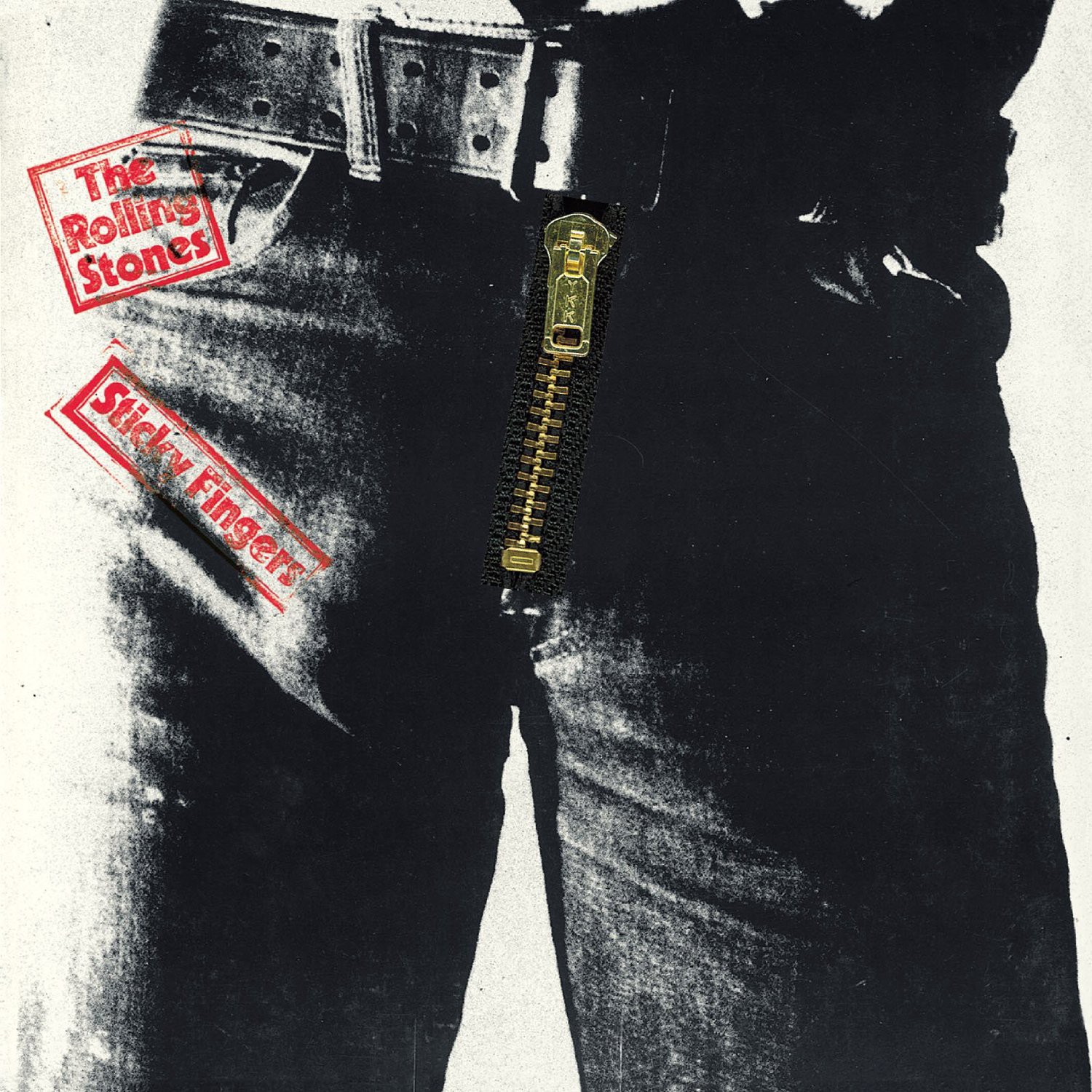 Music picked up the mantle in the 60s, with a wide-ranging, genre-jumping group of artists using denim as the base upon which to build striking styles and imagery. Over the next decade, a host of visionary artists wore denim in looks that have become iconic over the intervening decades: Elvis rocking double-denim in ’68, the shot of a jean-clad crotch, rumoured to belong to Mick Jagger, on the cover of the Rolling Stones’ record Sticky Fingers, David Bowie, the Jean Genie himself, striding down a London street in flared jeans, Bob Dylan tucking his hands into his jean pockets on the cover of The Freewheelin’ Bob Dylan.

Denim is the aesthetic foundation for youth movements across history and right up to the present day, a look that sums up the attitude at the core of rock’n’roll rebellion, from the distressed custom-cuts of punks through to that video for Bittersweet Symphony, Richard Ashcroft decked out in a denim jacket. When Madonna wore denim in the early 80s, it made the trouble-making glint in her eye shine even brighter. When Debbie Harry wore it a decade earlier, it was a symbol of a brave new world, punk meeting pop, heralding the arrival of a new way of doing things. 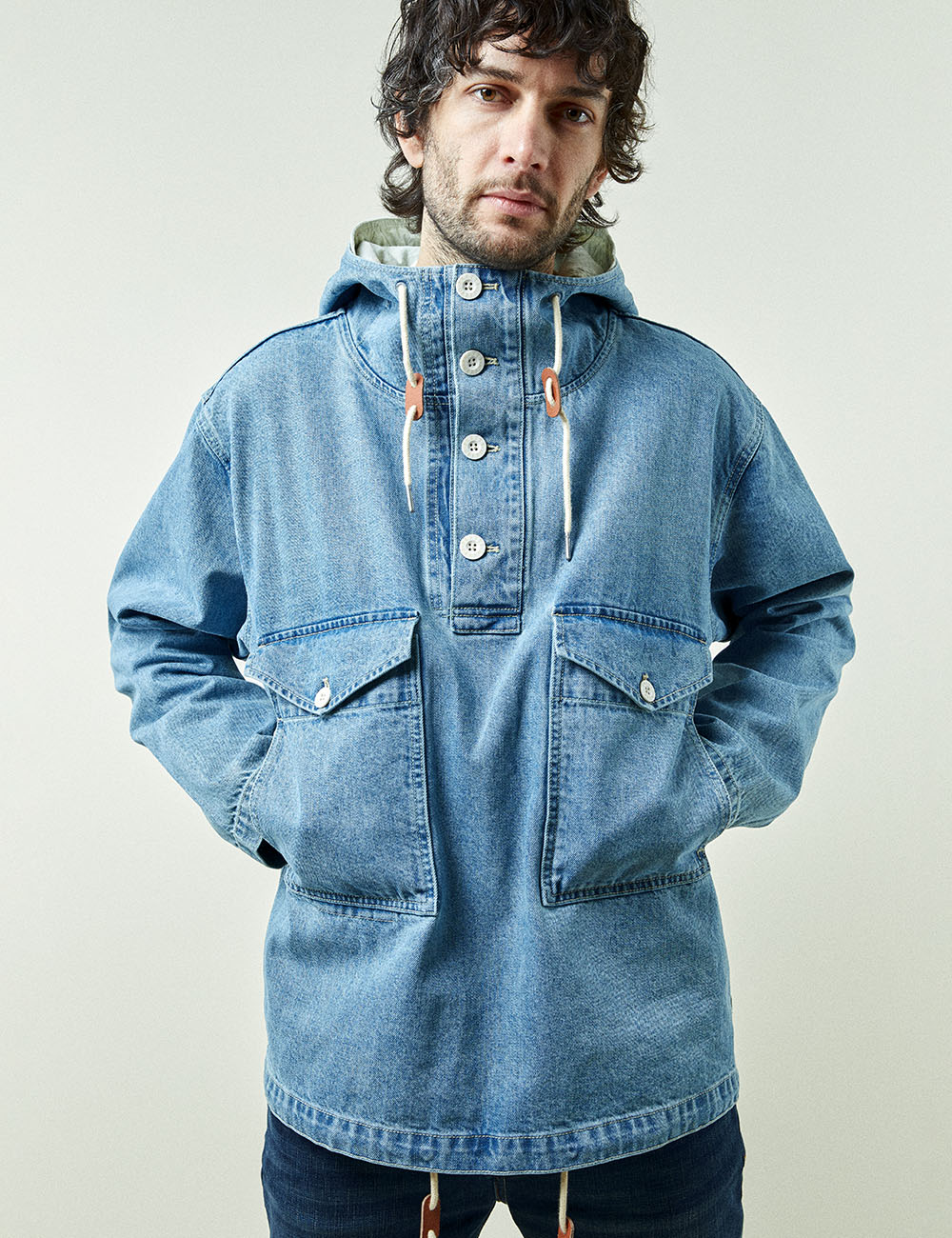 In the 90s, denim meant different things to different people. In the US, Kurt Cobain’s torn, baggy jeans were clothes to match Nirvana’s disillusioned, barbed rock sound. In the UK, 90s Britpop felt like a message to seize the day, get up and get out there. Eventually, that vibe caught on in the US too – when The Strokes, Kings Of Leon and Black Rebel Motorcycle Club all arrived on our shores in the early ‘00s, denim had its rock’n’roll snarl back.

Denim is interwoven into the fabric of rock’n’roll and beyond. It connects the past and the present. Denim is where the classic and the contemporary meet and the look ushered in by 90s Britpop icons feels as fresh and relevant today as it ever did. It’s an ever-present symbol of cool and class, a style that will live forever.

Winter Coat Round Up