The Birth Of The British Music Festival 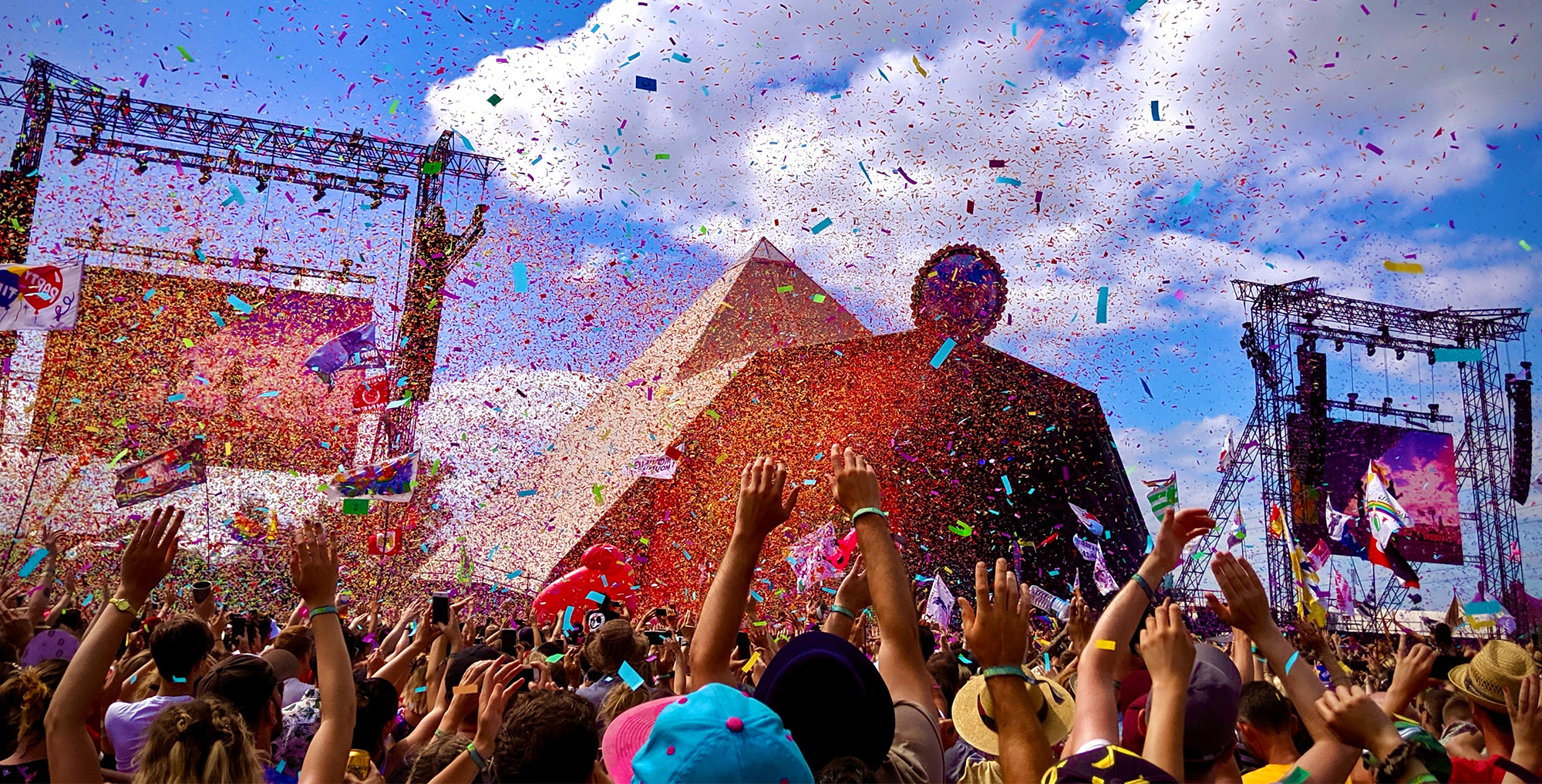 Festival season is finally back, after lying mostly dormant for the past few years on account of the pandemic. There’s no doubt that festival season is always an exciting time of year, but it feels much more special in 2022 coming out of some of the hardest times we’ve faced in recent memory.


It’s easy to argue that the UK is leading the world when it comes to music festivals, with an estimated number of 800-1000 festivals occurring in 2016 alone. We enjoy a range of incredible events featuring both classic artists and brand new talent. We thought we’d take a look back at the birth of some of our most well-known and beloved festivals, and try to paint a picture of how we’ve come to boast the abundance we do today.

Founded by brothers Ron and Ray Foulk in 1968, Isle of Wight Festival was widely considered to be Europe’s answer to Woodstock. In fact in 1969, Bob Dylan performed there for the first time since his motorcycle accident in ‘66, after many speculated he would be appearing at Woodstock given he lived just down the road at the time. It was in 1970 that the festival really made its mark though, with a star studded line up boasting Jimi Hendrix, Miles Davis, The Doors, The Who, Joni Mitchell, Leonard Cohen, Jethro Tull - you could literally go on for hours. 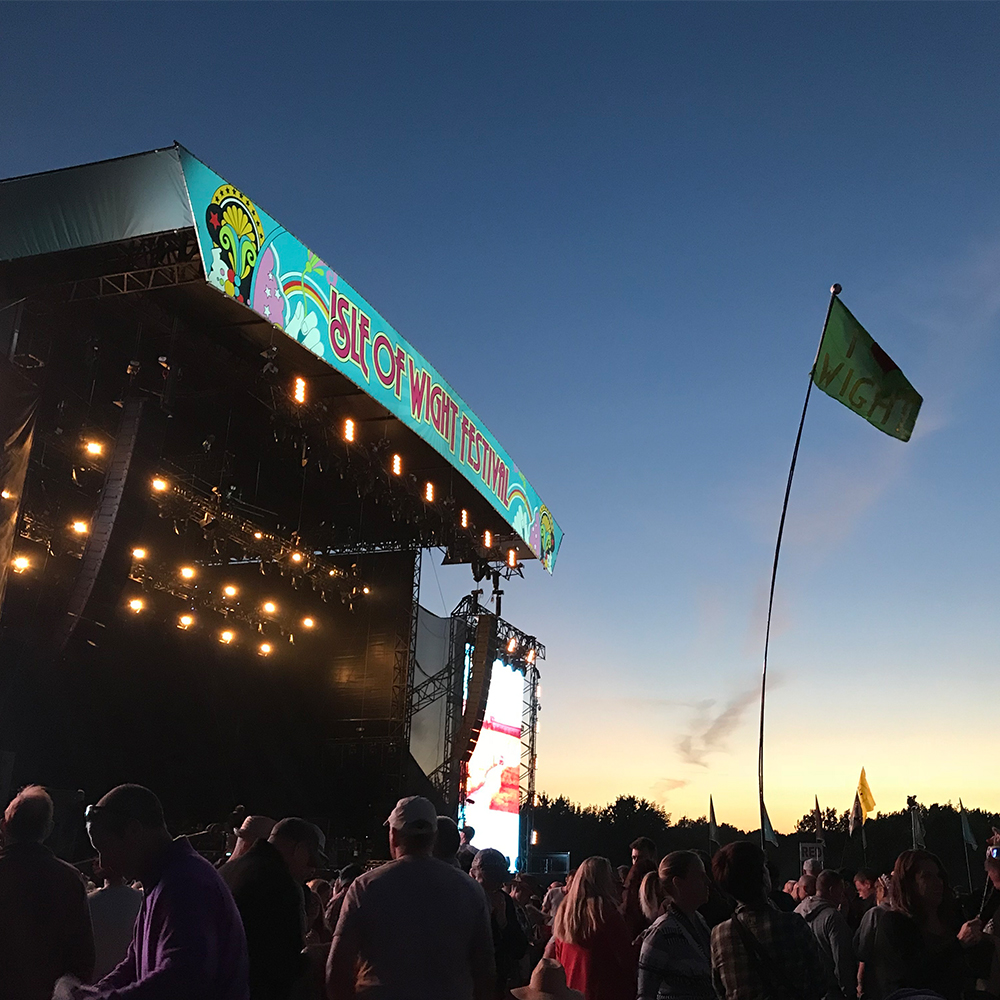 At the time, the 1970 festival was one of the largest gatherings in the world with attendance estimated to be over 600,000 - although Ray Foulk speculates that the number has been slightly inflated. It very nearly didn’t even happen, with local residents coordinating a serious opposition towards the ‘hippies’ and ‘freaks’ invading their nice little retirement island. They heavily lobbied local councils, giving the organisers a great deal of difficulty in finding a suitable site the authorities would allow them to use.


Unfortunately the massive financial losses incurred as a result of these challenges meant that the festival didn’t take place again until 2002, when promoter John Giddings re-launched it as ‘Rock Island 2002’, then reverted back to Isle of Wight the following year. The festival has taken place nearly every year since, with a diverse range of pop, rock and hip-hop performers.

We now know it as Reading and Leeds Festival, but it began as the National Jazz and Blues Festival in 1961, and is now thought to be the oldest music festival still running. The first event was held at Richmond Athletic Ground featuring a strict ‘trad jazz’ line-up - it wasn’t until 1963 that this expanded to include a few rhythm and blues acts like The Rolling Stones and Long John Baldry. By ‘67 jazz had been reduced to Saturday afternoons only, and by the 70s, when it finally became the Reading Festival as we know it today, jazz had been completely eclipsed by blues, hard rock, punk and new wave. 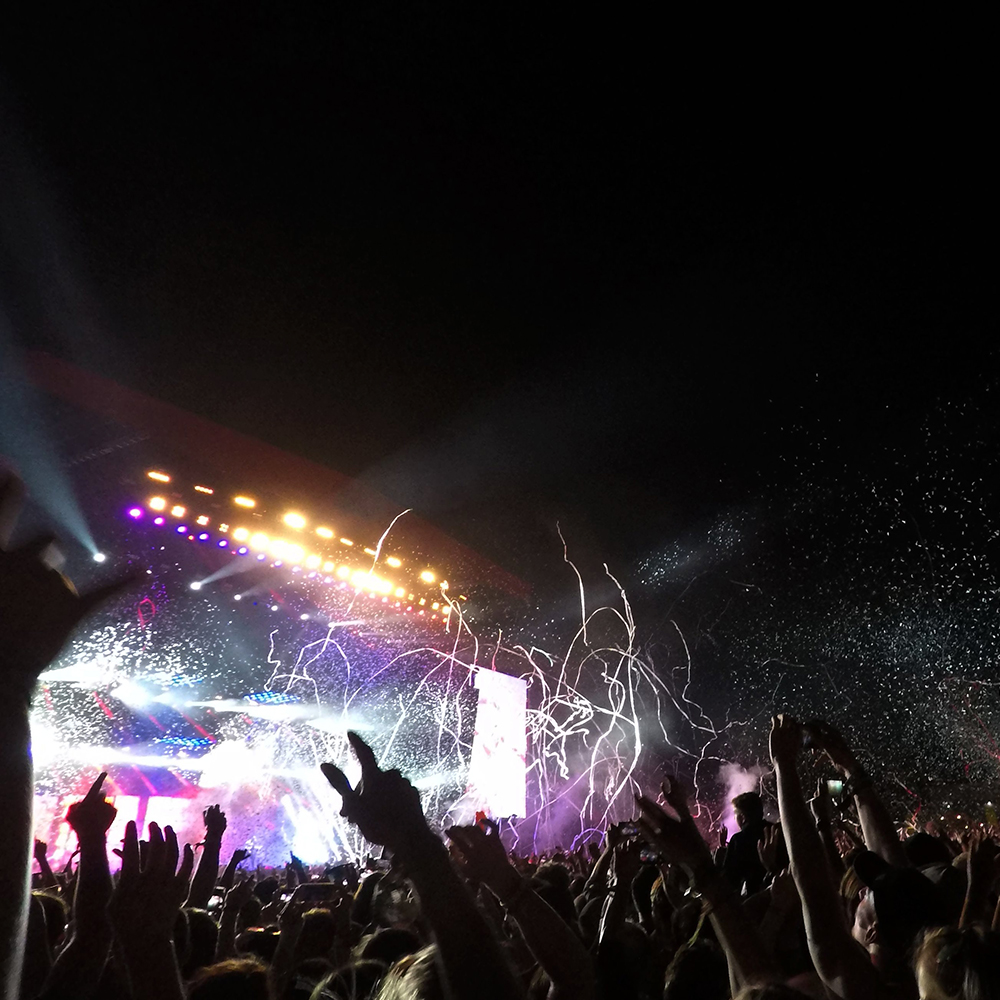 Reception towards the festival was not always great - there was a fair amount of opposition from the locals, with concerns surrounding the noise, drugs and violence. Riots and clashes between sets of fans in attendance didn’t particularly help, and in 1983 the local council effectively banned the festival, refusing to grant a licence for the site and designating it for development. Fortunately in ‘86, this decision was reversed and the festival has continued to run mostly unhindered since. Through the 90s and the 00s the line-up shifted more into a mainstream focus with indie and pop acts becoming more commonplace.

We’d hazard a guess that the first thought on anyone’s mind when they hear the word ‘festival’ is Glastonbury. The largest greenfield music festival in the world, it brings revellers from across the globe together for a legendary five-day party spread across Worthy Farm. Glasto’s popularity is unprecedented - the first batch of tickets for this year’s edition sold out in 20 minutes. For many, it is indisputably the highlight of festival season every year. 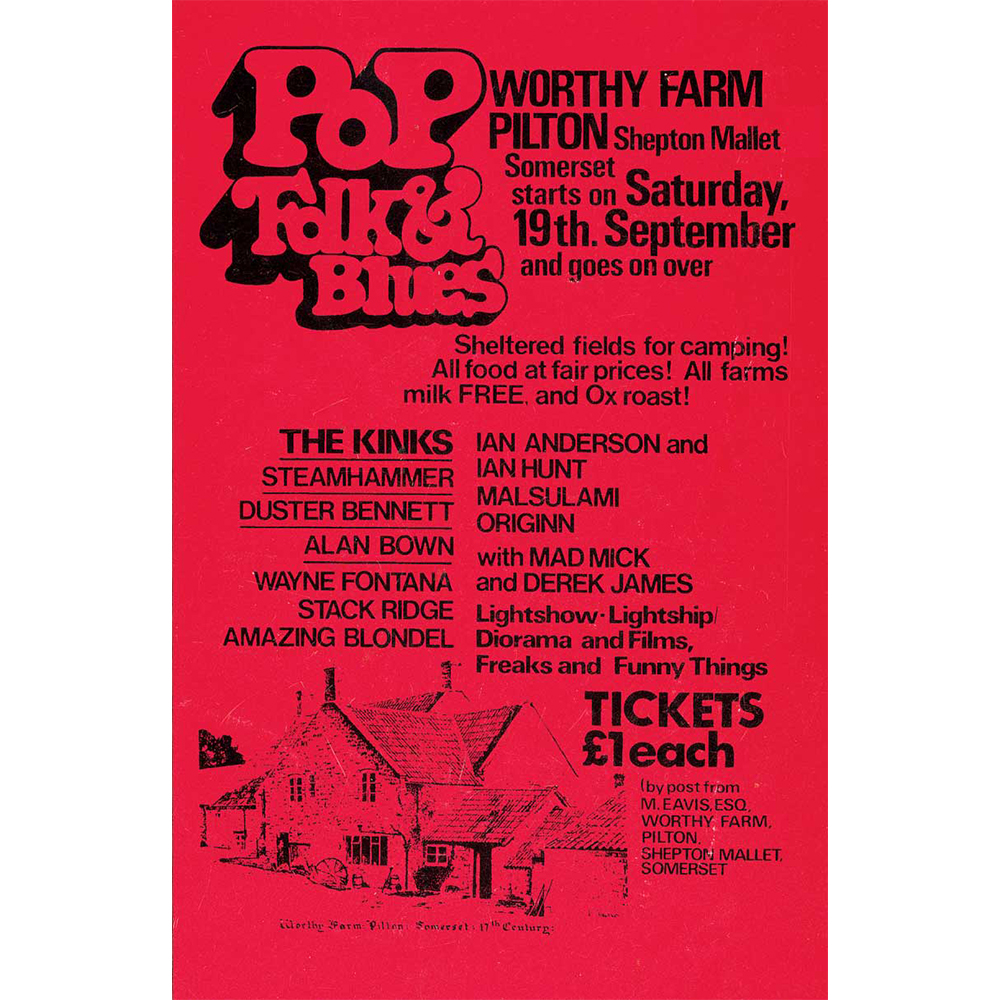 But like all the others, Glastonbury has humble beginnings. Organiser Michael Eavis, a legend in his own right, had been inspired by the Blues festival at the Bath and West showground. The first event was held in 1970 as the Pilton Pop, Folk and Blues Festival, drawing a crowd of 1,500 attendees who paid £1 for entry and got a free bottle of milk and an Ox roast as a bonus. The Kinks were set to headline, but were replaced at the last minute by T.Rex.


This would be the first and last Pilton Festival however, as from 1971 onwards it would be known as Glastonbury Fair, a free-entry event that drew upwards of 10,00 people. 1971 also saw the famous Pyramid Stage make its debut - however, its initial iteration was a far cry from the version we know today, a Wicker-Man esque makeshift construction built from scaffolding and plastic sheeting. It wasn’t until the year 2000 that the modern day Pyramid Stage was built, using designs based on the Great Pyramid of Giza in Egypt. 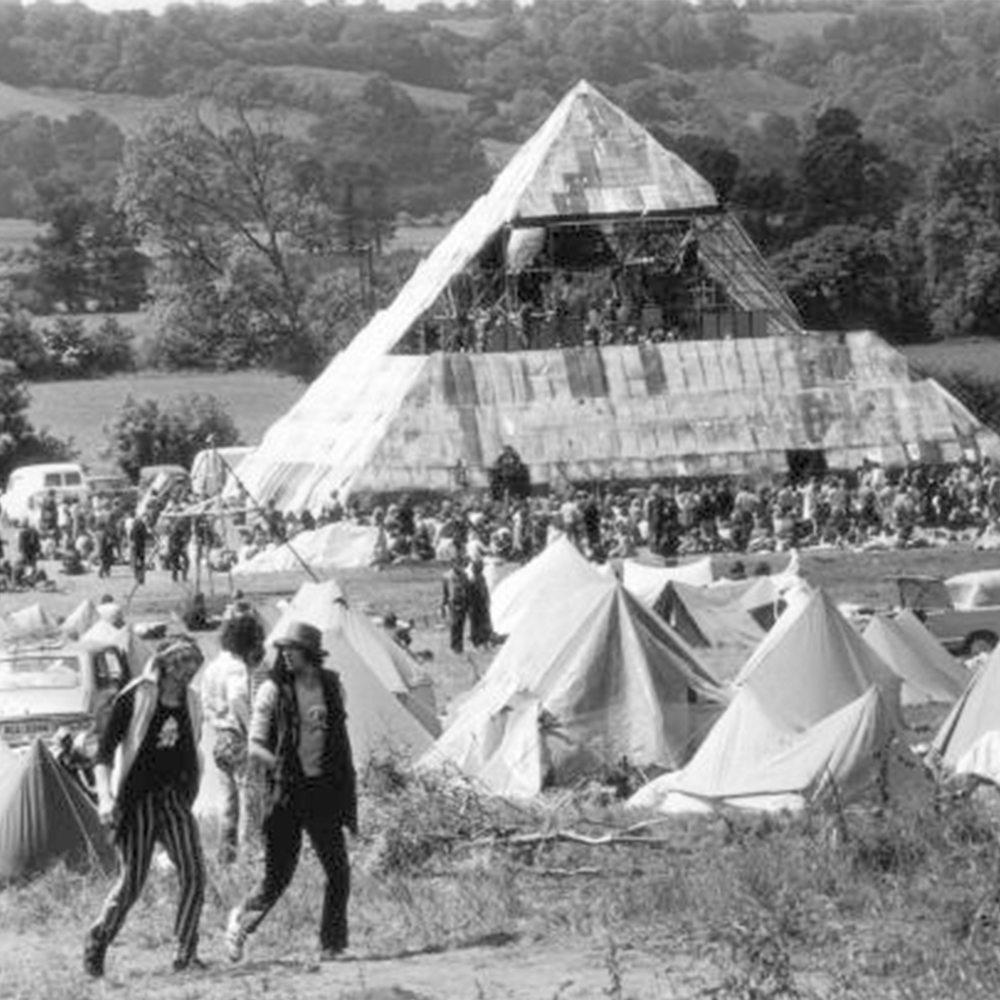 From the 80s onwards, the festival site continued to expand as Glastonbury’s popularity grew and the crowds got bigger. The success however, paradoxically, made it harder and harder for the organisers to obtain a licence year on year. In 1990, the festival adopted its current title, Glastonbury Festival for the Contemporary Performing Arts; Eavis’ thoughts were that describing Glastonbury as a ‘theatre festival’ would help him win favour with the local council and therefore get the licence required. The name change also reflected the breadth of acts that Glastonbury now catered for, with theatre and circus performances becoming commonplace, and the rest of the 90s seeing the establishment of kids areas, cabaret and dance stages and cinemas across the festival site.


Glastonbury has continued to stay true to its countercultural roots, eschewing as much branding and sponsorship as possible in favour of a grassroots, socially conscious and environmentally friendly approach, donating its profits to Greenpeace, Oxfam and Water Aid as well as supporting local social housing projects.

In the 21st century, the modern music festival is positively booming. Whilst the aforementioned big names still dominate, there’s an enormous range of smaller-scale festivals catering to all different tastes. Many emphasise a community feel and hark back to counter cultural roots. To cover them all would be a nearly impossible task, but we can certainly vouch for a few that may have gone under your radar.

In 1998, brothers Robin and Joe Bennett founded Truck Festival, held on Hill Farm in Oxfordshire. It was their response to what they perceived to be the growing commercialization and dilution of the bigger, more mainstream festivals. Truck Festival would be to-the-point and unpretentious, focusing purely on the music (no cabaret to be found here), with stages built using actual trucks. It’s an event massively popular with followers of the indie and alternative scene, with The Market Stage dedicated specifically to rising artists. 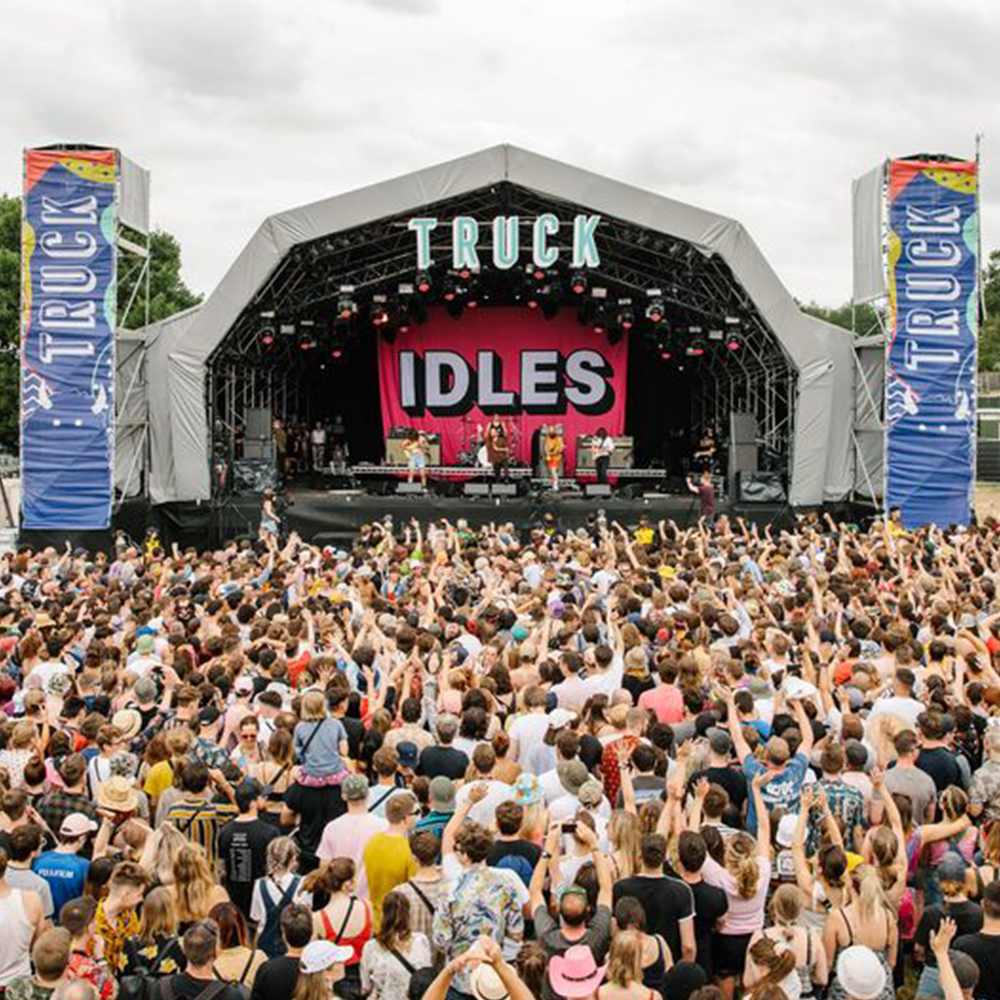 Meanwhile in Liverpool, the organisers of the electro club night Cream were developing their own one-day festival, Creamfields. The first installation in ‘98 was held for 25,000 people in Hampshire, but was then relocated to the old Liverpool Airfield the following year. This put the festival closer to its parent nightclub as well as providing space for double the capacity, holding 50,000 people. After eight years, Creamfields then moved again to its current home of the Daresbury estate in Cheshire. With performances through the years from the likes of The Prodigy, Goldfrapp, The Chemical Brothers and Swedish House Mafia, Creamfields has become the largest and most successful electronic music festival in the UK. 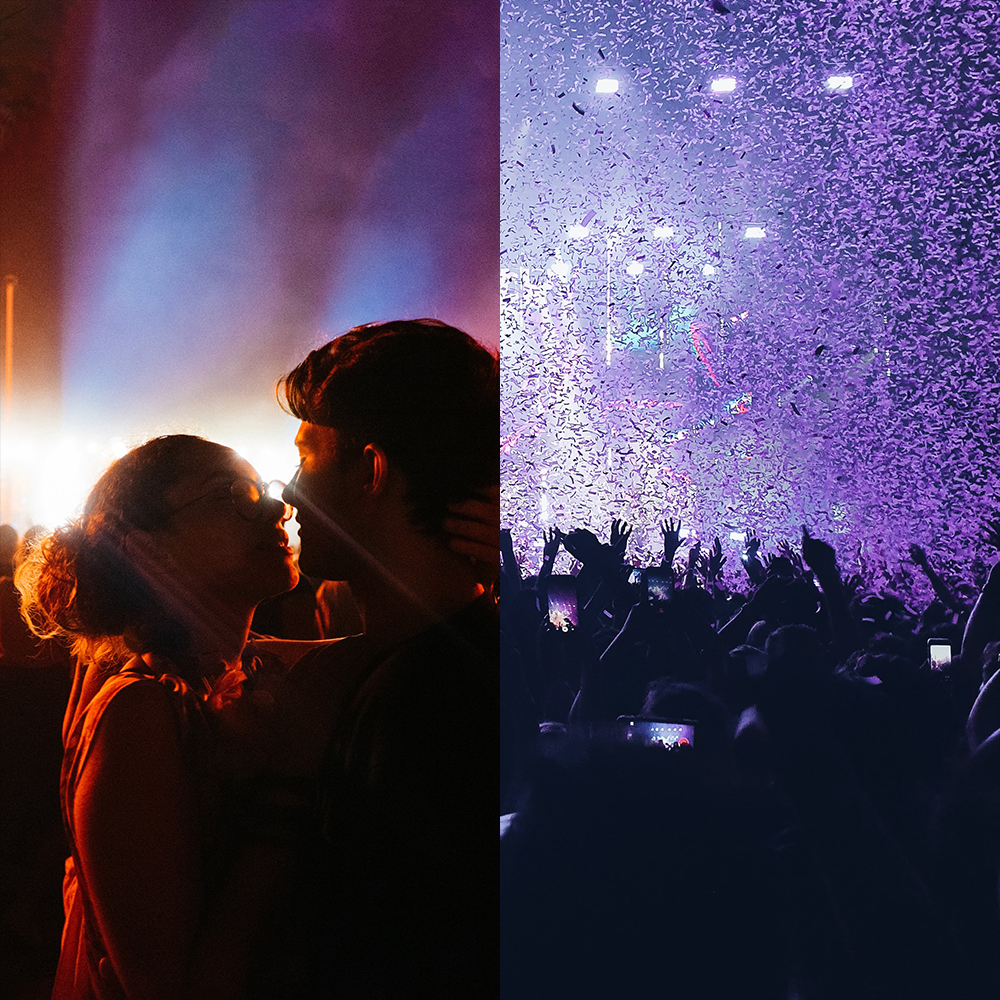 In Wales, 2003, Green Man Festival was established as a one-day, 300 capacity event at Craig-y-Nos Castle, Brecon. Founded by the folktronica duo It’s Jo And Danny, it was originally intended to be a live outlet for their favourite left-field acts. However its popularity quickly grew and now far exceeds those modest ambitions, with its current iteration in Glanusk Park in the Brecon Beacons attracting around 25,000 attendees for a weekend long celebration of genre-spanning alternative music, as well as literature, film, comedy, theatre and science acts. Green Man has stayed true to its forward-thinking principles, with no commercial sponsorship, instead choosing to focus on hosting local Welsh food and drink providers and paying all its staff a living wage. 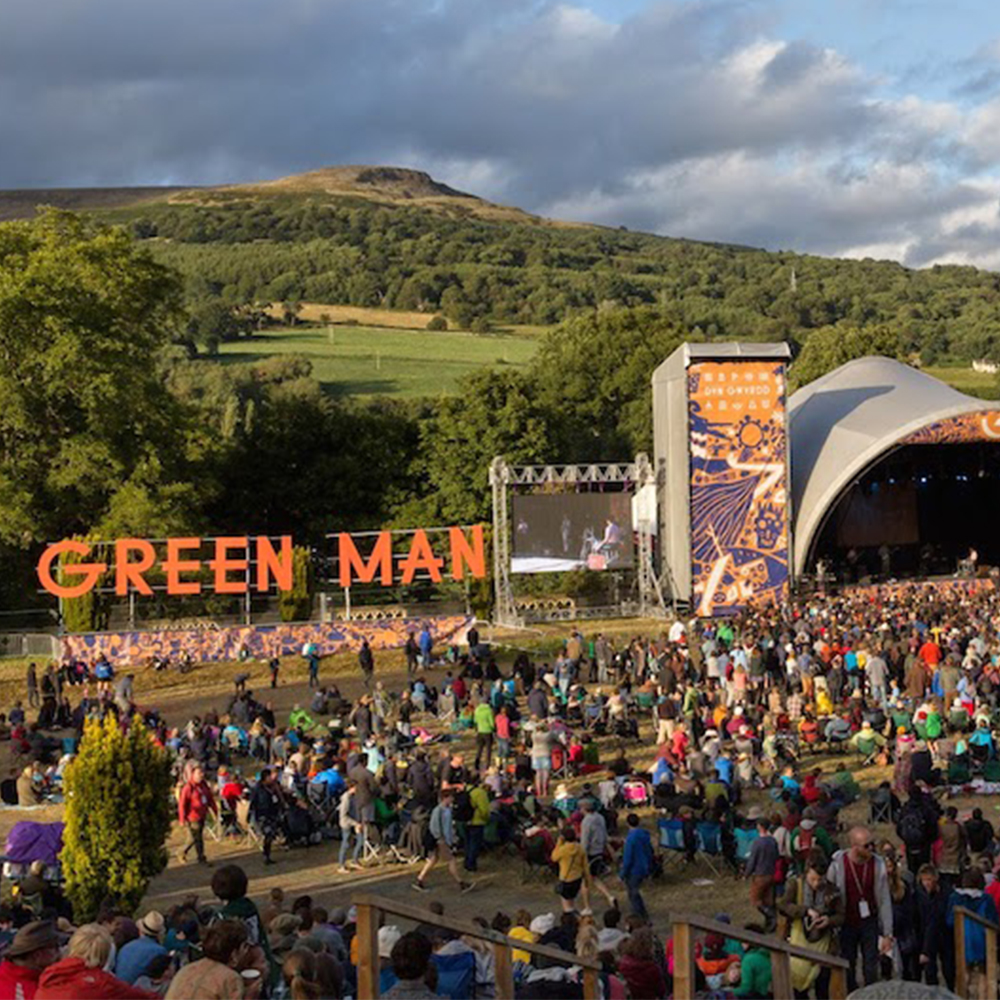 We hope when you’re collecting your wristbands this year, you do so with a broader knowledge of the history and heritage of music festivals in the UK, and an awareness of your own important place in our long held traditions and ritual celebrations of live music, art and culture.