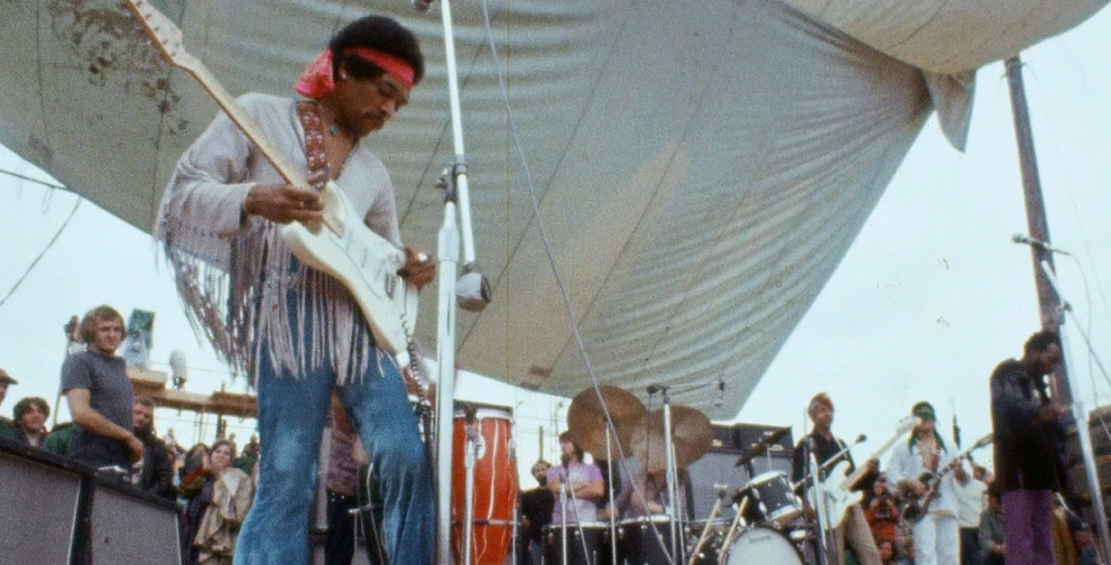 Drawing in mammoth audiences on the ground – and even bigger ones watching on TV – music festivals have long been the perfect platform for groundbreaking, statement-making moments. With the season well and truly upon us again, we thought we'd take a look back on some headline moments of years gone by. 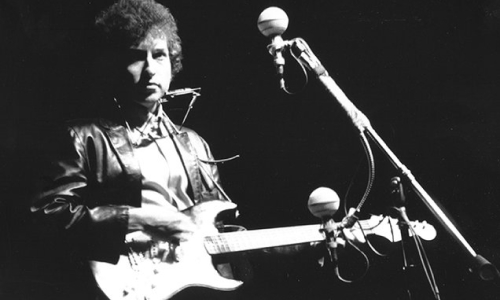 Bob Dylan’s infamous decision to switch his acoustic guitar for an electric one before a performance at a Rhode Island folk festival is such an established entry of folk-rock folklore it’s difficult sorting the fact from the fiction. If reports from the time are to be believed, Dylan debuted a new electric sound and his audience of acoustic disciples practically booed him off the stage. Many have since claimed the reaction was down to bad sound quality, or simply how short his set was, but the incident has since become one of the founding myths of rock music. 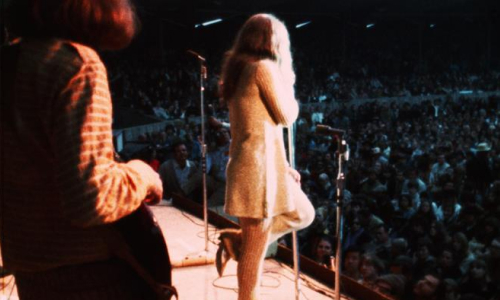 Janis Joplin’s earth-shattering show in Monterey is a reminder of just what a prospect she was when she arrived on the scene. Fronting her band, Big Brother and the Holding Company, Joplin tore through a five song set, ending with “Ball and Chain”. This final song, captured by documentary filmmakers, remains one of the most powerful live performances of the 1960s. Her inimitable voice and on-stage fearlessness announced her to the world, some three short years before she left it.

The year is 1969, the setting Woodstock. The US is deep into its controversial war with Vietnam and the air is full of political and social revolution. Jimi Hendrix’s electric guitar rendition of the American national anthem starts conventionally enough, before melting into a distorted wail, powerfully symbolising the violence being committed in his country’s name. History is made. 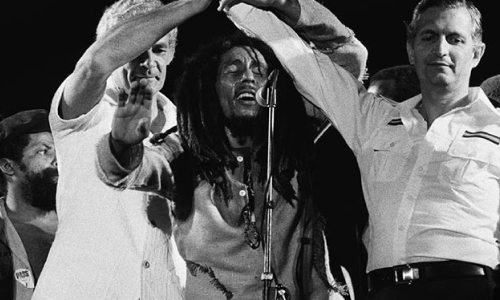 Jamaica was an unstable place in 1976, as American powers grappled with the rise of people-powered politics. Bob Marley’s Smile festival was held within ten days of a general election giving the event a political significance that climaxed with the reggae icon being shot by a mob of hitmen in his own home two days before the show – the would-be assassins also shot his wife, his manager and another member of his band’s team. Amazingly, nobody was killed and Marley performed for well over an hour, to 80,000 people. 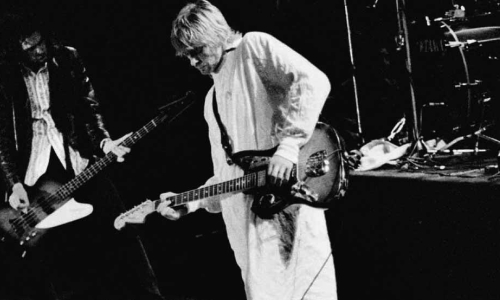 Festivals have long been the perfect place for musicians to answer their critics. Amid rumours of breakdowns and drug abuse, Kurt Cobain was pushed on stage on a wheelchair, wearing a hospital gown, only to jump up and play the best show of his life. Dave Grohl has since admitted there was no reason to expect this moment of crowning glory. In an interview with the Scotsman recently he confessed the band had only rehearsed once the night before and that it hadn’t gone well. “I really thought, ‘This will be a disaster,’” he said. “This will be the end of our career for sure.” 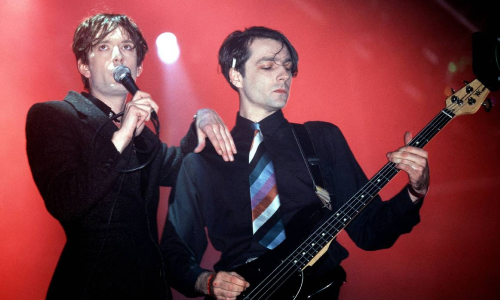 Celebrating its 25th birthday, Glastonbury threw pretty much the most mid-1990s bash imaginable, with a lineup that left no Britpop or rave stone unturned. Elastica? Check. Leftfield? Check. The Lightning Seeds? Check. Oasis headlining? Check. Robbie hanging around backstage? Obviously. And the Stone Roses? Well, they had to pull out last minute, only to be replaced by a band called Pulp. For one summer the UK was home to both the world’s biggest festival and all of its biggest bands. Oh, and tickets were only £65. 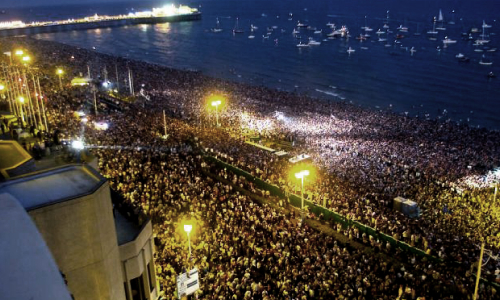 In 2001 DJ Norman Cook, AKA Fatboy Slim, threw an impromptu free party on Brighton Beach and a whopping 60,000 people turned up. In 2002 he did the same and drew a crowd of 250,000, unleashing total chaos on the south coast. As details of the Big Beach Boutique II festival were announced Radio 1, temperatures rose to 28º, creating a recipe for rave disaster. Police officers on the scene were outnumbered 5,000 to 1, with many of them receiving trauma counselling after the event. The big beat don’s monster party was a high water mark for the superstar DJ era. Whether or not his neighbours have forgiven him yet remains unclear. 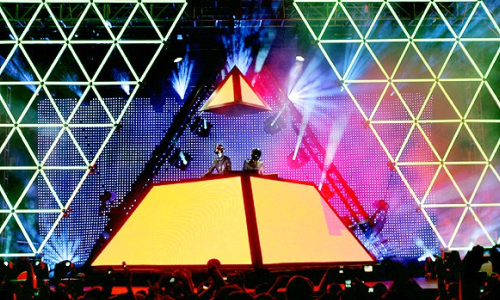 More than 40,000 people tried to squeeze into a 10,000 capacity tent at Coachella to see Daft Punk reveal their now legendary Pyramid stage setup. Stationed inside a colossal luminescent structure, the robots blasted through their back catalogue, reworked to interweave with their then-new album Human After All. The performance redefined what a festival headline slot could look like; launching them into the mainstream and arguably kickstarting the era of EDM maximalism, for better or for worse. 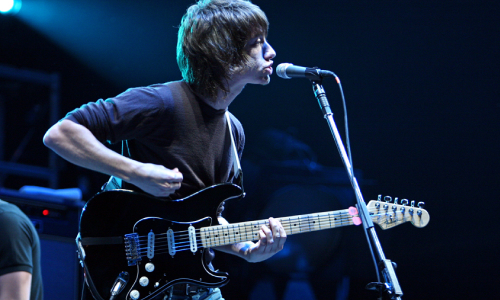 Now they’re one of the biggest bands in the world, it’s easy to forget just how fast Alex Turner and co rose to their spot of rock supremacy. Nothing tells the story of their ascent better than their placement on the Reading and Leeds lineup in 2006. When the bill was first announced they were languishing halfway down the Carling Tent. By the time they came to perform they’d been moved to the penultimate slot on the main stage. The performance cemented their reputation as something more than just ones-to-watch. Three years later they’d return to headline again, following the release of Humbug. 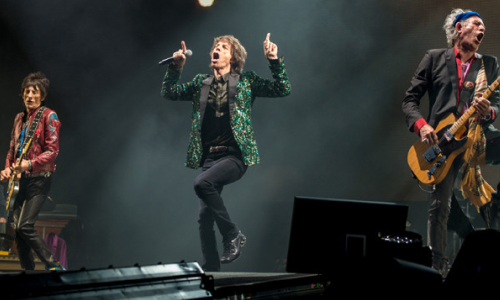 The Stones seem like such logical Glastonbury headliners, there are probably some hippies with dodgy-enough memories who swear they saw them back in the 1970s. In actual fact, it took Michael Eavis until 2013 to finally convince them to play. Luckily it was worth the wait. Jagger, Richards, and the rest of band drew on their weirdly ageless quality, bringing a youthful verve to a performance that felt like a long-awaited homecoming. Pyrotechnics, megahits, and few bluesy b-sides; Glastonbury finally got some satisfaction.

The Charlatans: Here ‘Til Eternity