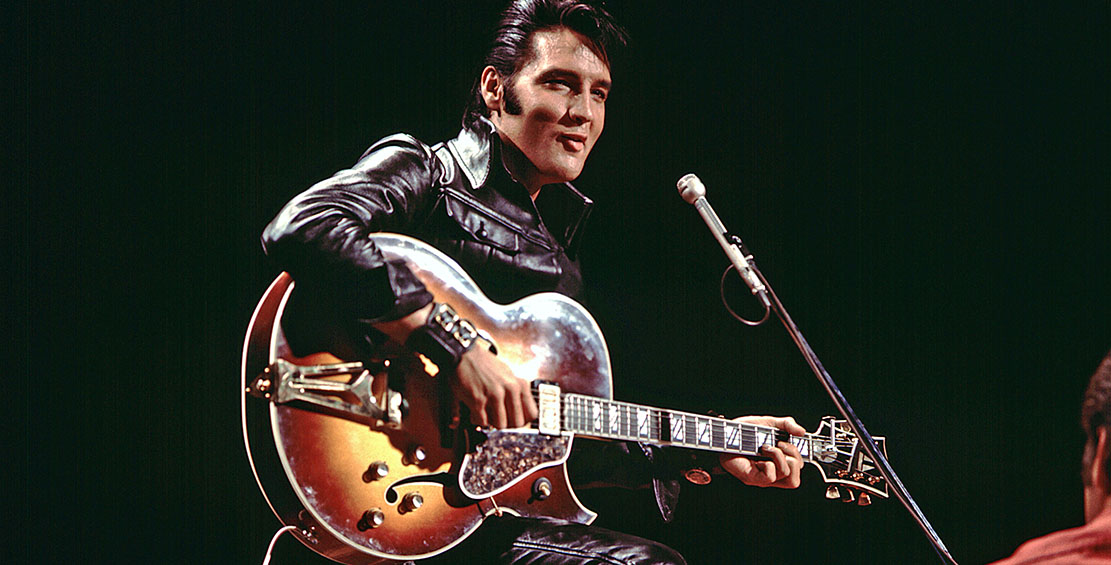 In the opening line of Trouble, Elvis sings “You looking for trouble? You came to the right place…” It is also the opening track of “Singer Presents…ELVIS”, commonly referred to as “The ’68 Comeback Special. It had been seven years since Elvis last performed in front of a live audience, and he was on the cusp of irrelevancy. Ironically, he was being usurped by a new wave of musical upstarts who began to redefine popular culture the same way he had a decade earlier. However, with the opening line of Trouble, everything iconic about the King of Rock ‘N’ Roll began to come back to life.

So began a comeback for the ages, launching a second wave of Elvismania . In the wake of his triumphant return, Elvis employed the now famous motto: “Taking Care of Business,” or TCB. This legendary quote is the core of Pretty Green’s new Elvis-inspired collection that blends classic Pretty Green pieces with the TCB essence of Elvis. 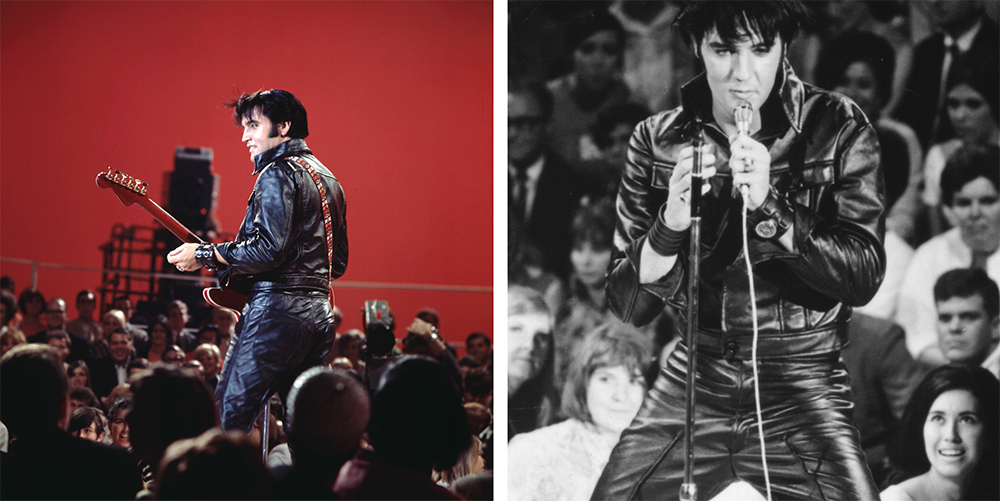 TCB was more than a motto for Elvis; “Taking Care of Business” became the words by which Elvis lived the rest of his life. Before “The ’68 Comeback Special,” Elvis relocated to Hollywood to focus on a film career that was resulting in diminishing returns. He was being overshadowed by a new generation of game-changers, including The Beatles and Bob Dylan.

It was a stroke of genius by producers Steve Binder and Bones Howe that brought the ’68 Comeback taping to life. Binder & Howe retooled a show originally planned as a Christmas special into a performance that focused on the man himself, showcasing everything great about him: the raw charisma and magnetic personality, the attitude, the voice, and of course, the dance moves. 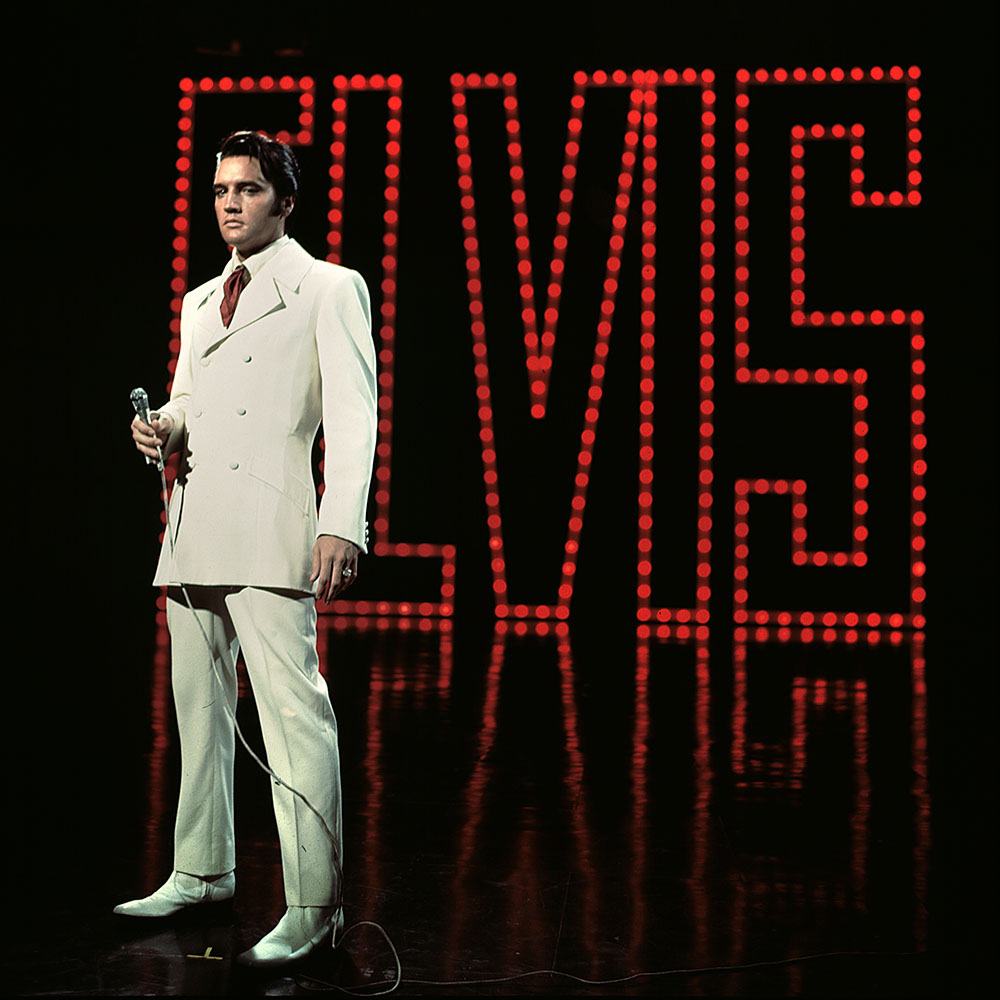 Just as epic as Elvis’ vocals was his style. In true TCB fashion, Elvis turned up for “The ‘68 Comeback Special” clad in black leather head-to-toe. Channeling the biker fads of his ‘50s breakthrough, he epitomized the ultimate rock ’n’ roll rebel. Designer Bill Belew said that he wanted Elvis “…to look like a black panther stalking the stage.” It was a look that said, “I’m back, and I’m still cooler than you.” 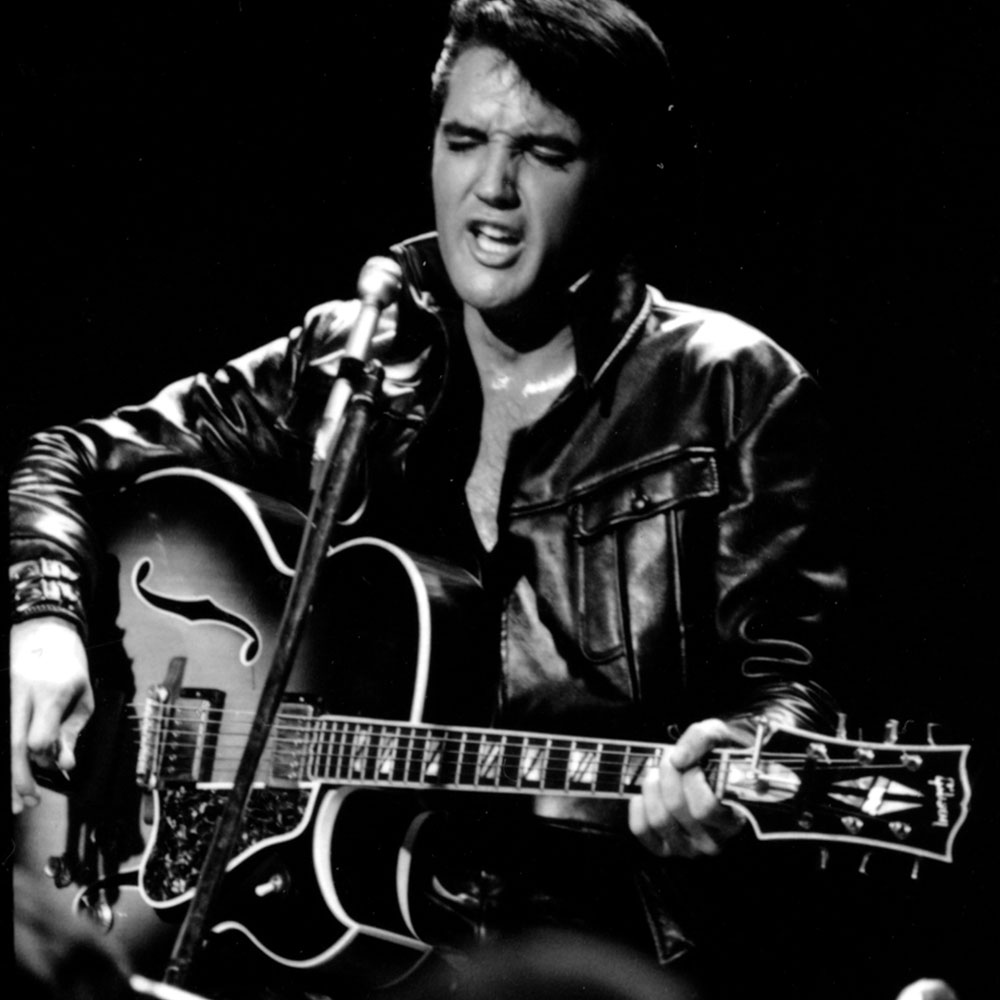 The performance marked a new beginning for Elvis. Reinvigorated, he resumed live performances again, touring in 1969 with The TCB Band. Elvis’ jewelry was donned with the TCB branding and a flash symbol. The TCB Band felt like a gang you wanted to be in and 50 years later, it still is. In 2020, Elvis remains the benchmark for cool. Anytime you see an artist in a leather jacket, lip-curled ever-so-slightly, a louche menace in their eyes, you can trace it back to Elvis. Liam Gallagher, Alex Turner, Yungblud, Lady Gaga, Richard Ashcroft, Harry Styles… Elvis set the blueprint for music and style with a unique swagger, and Pretty Green’s new Elvis collection is a celebration of TCB style. If you’re looking for trouble, you came to the right place. 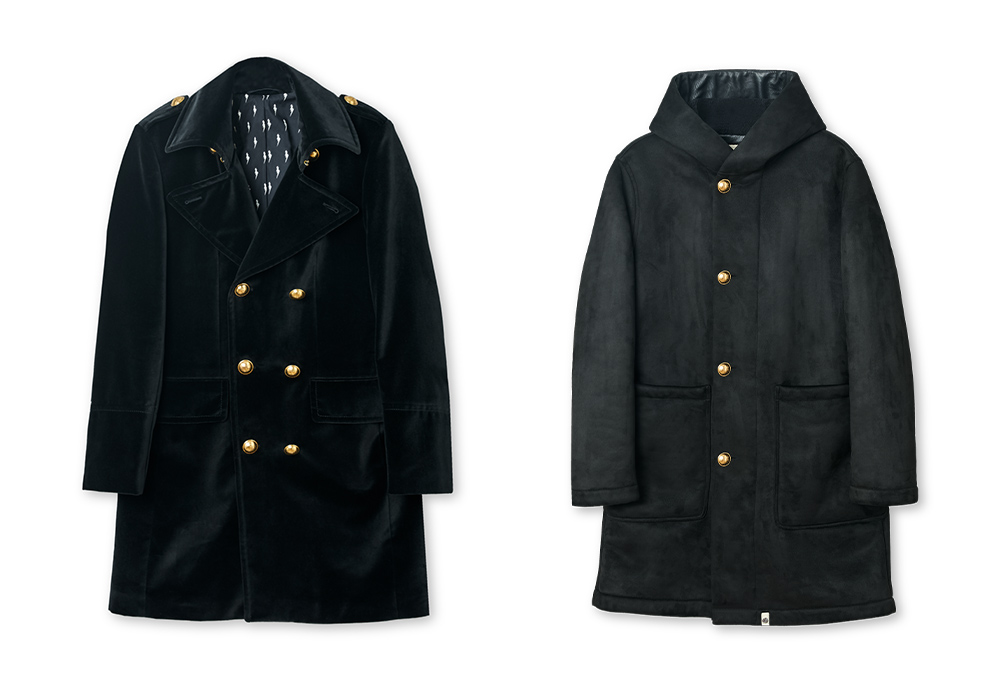