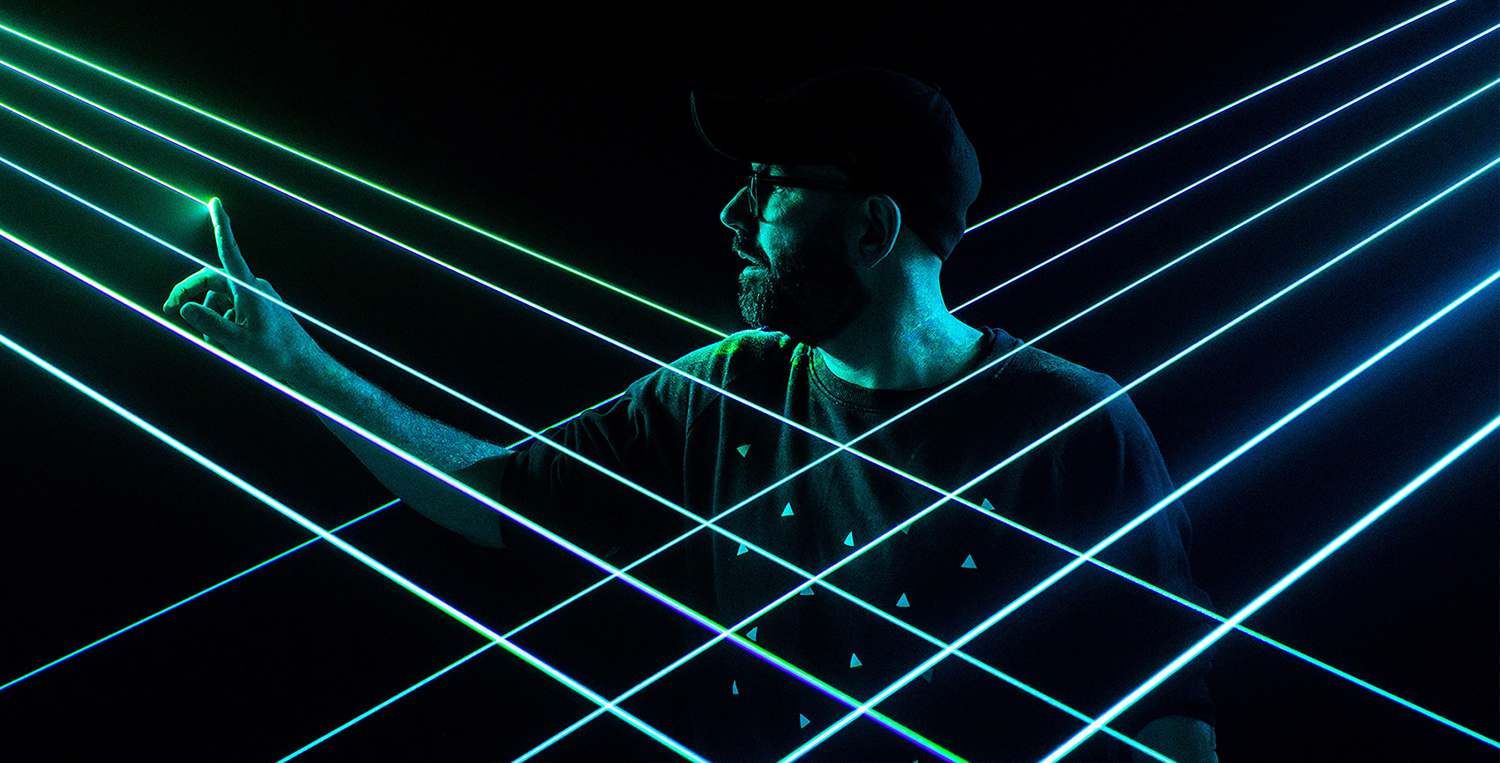 To celebrate festival season 2022, we have collaborated with one of the UK’s most prominent live music photographers and long-time friend of Pretty Green, Dan Reid. The collaboration features a collection of graphic t-shirts showcasing Dan’s electric imagery from the world of dance music with a particular focus on the energy, enthusiasm and general experience of being in the crowd.


To coincide with the collaboration, we caught up with Dan Reid to discuss his career and inspirations. Throughout his career, Reid has travelled the world to photograph the biggest live events, artists and brand campaigns. He’s worked in live music, portraiture, fashion, advertising - you name it. Despite the enormous heights his career has hit, Reid is known for his down to earth, accessible and personable style. 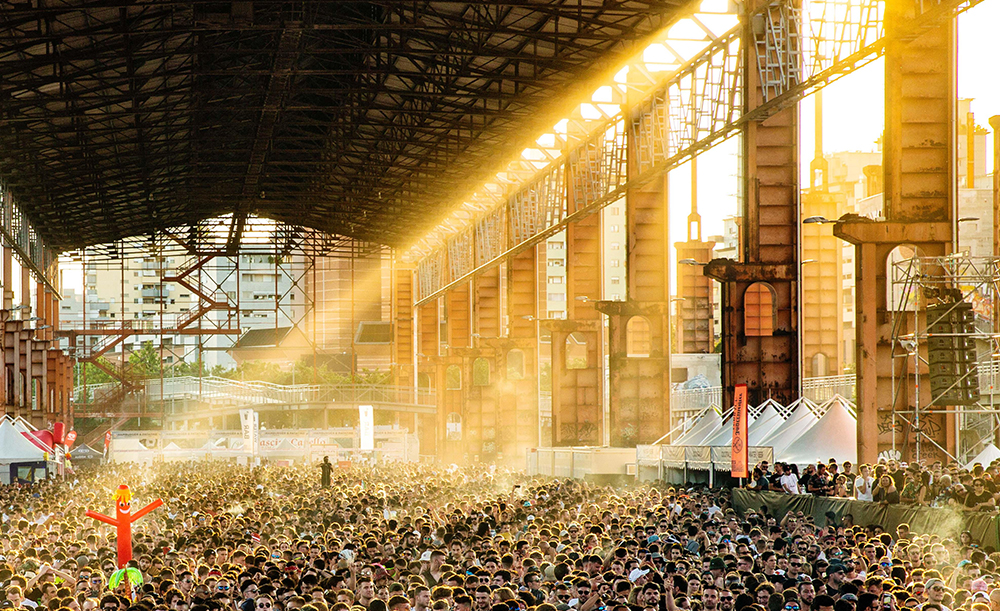 
Reid explains how he first caught the photography bug as a kid, “collecting video and book covers, novel covers, annuals, vinyl, all of that. I used to just love people. I loved that sort of portraiture, and as I got older I’d get magazines every week - DJ Mag and MixMag, that sort of thing.” How did this fascination work its way into the world of live music that Reid is so well known for? “I would always go to shows and gigs with my camera,” he says. “A lot of them I’d put on - we’d have big acts [perform] like Sasha and Paul Oakenfold, and I’d always have my camera with me. No one had cameras back then, and no one took cameras to gigs ‘cos it was so messy, but I could get away with it ‘cos I was the one running the gig.” Reid’s love of photography was “always tied into music”. 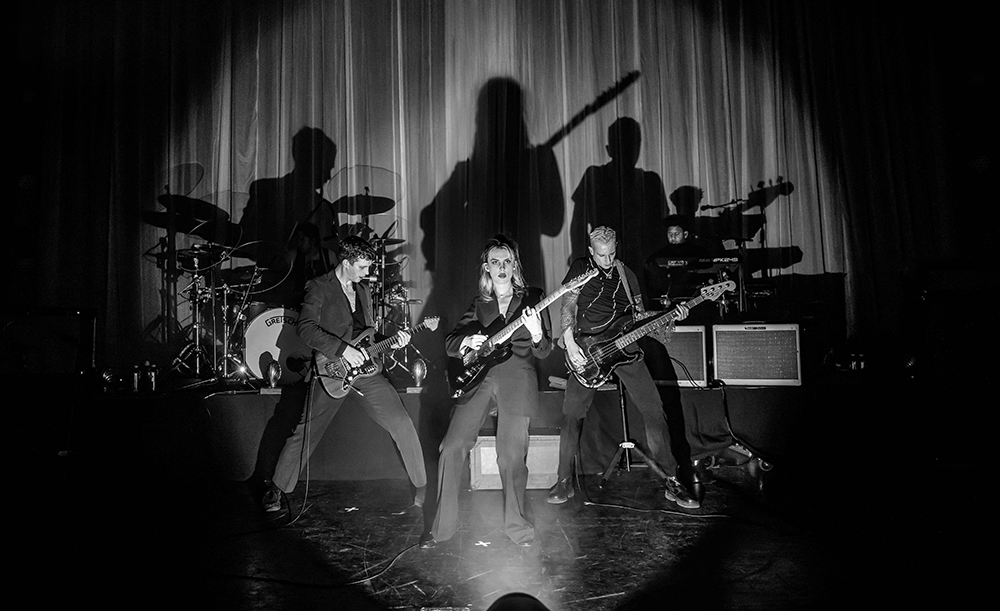 
“IT’S ALL ABOUT THE EXPERIENCE OF BEING ALIVE AND THAT ENERGY... WE WANTED TO CREATE THAT ATMOSPHERE OF COMING TOGETHER... I DIDN’T WANT TO MAKE IT ABOUT THE DJ OR THE ARTIST, LET’S JUST GO ON ABOUT THE CROWD AND THE VIBE.”


This takes us nicely into our new collaboration with Reid, a series of graphic t-shirts featuring euphoric crowds as the focus. Reid has worked closely with Pretty Green since shooting for the launch campaign back in 2009. The new t-shirts celebrate the return of live music, with emphasis on the audience as opposed to the artist. “It’s all about the experience of being alive and that energy… we wanted to create that atmosphere of coming together… I didn’t want to make it about the DJ or the artist, let’s just go on about the crowd and the vibe.” 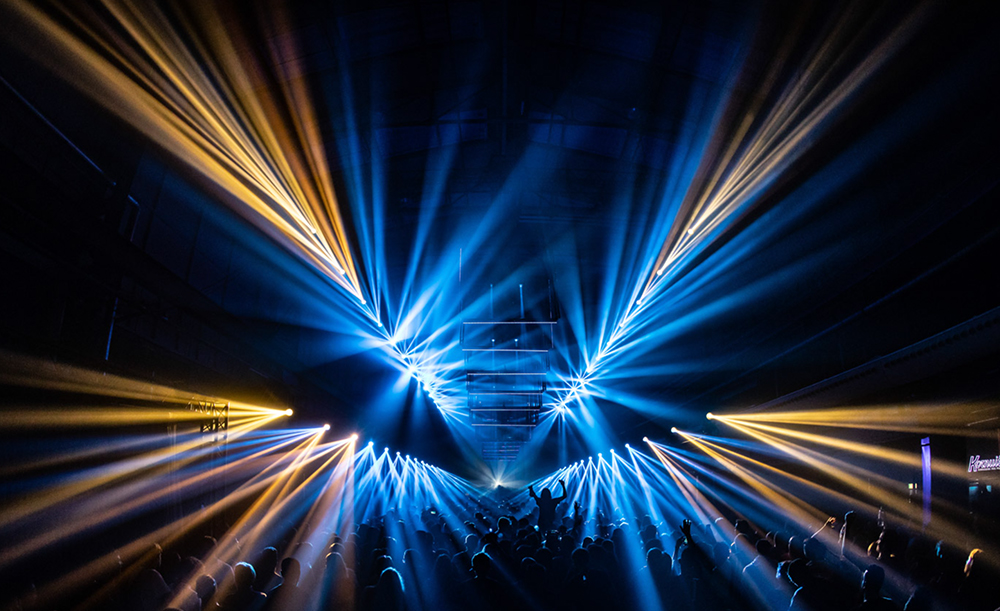 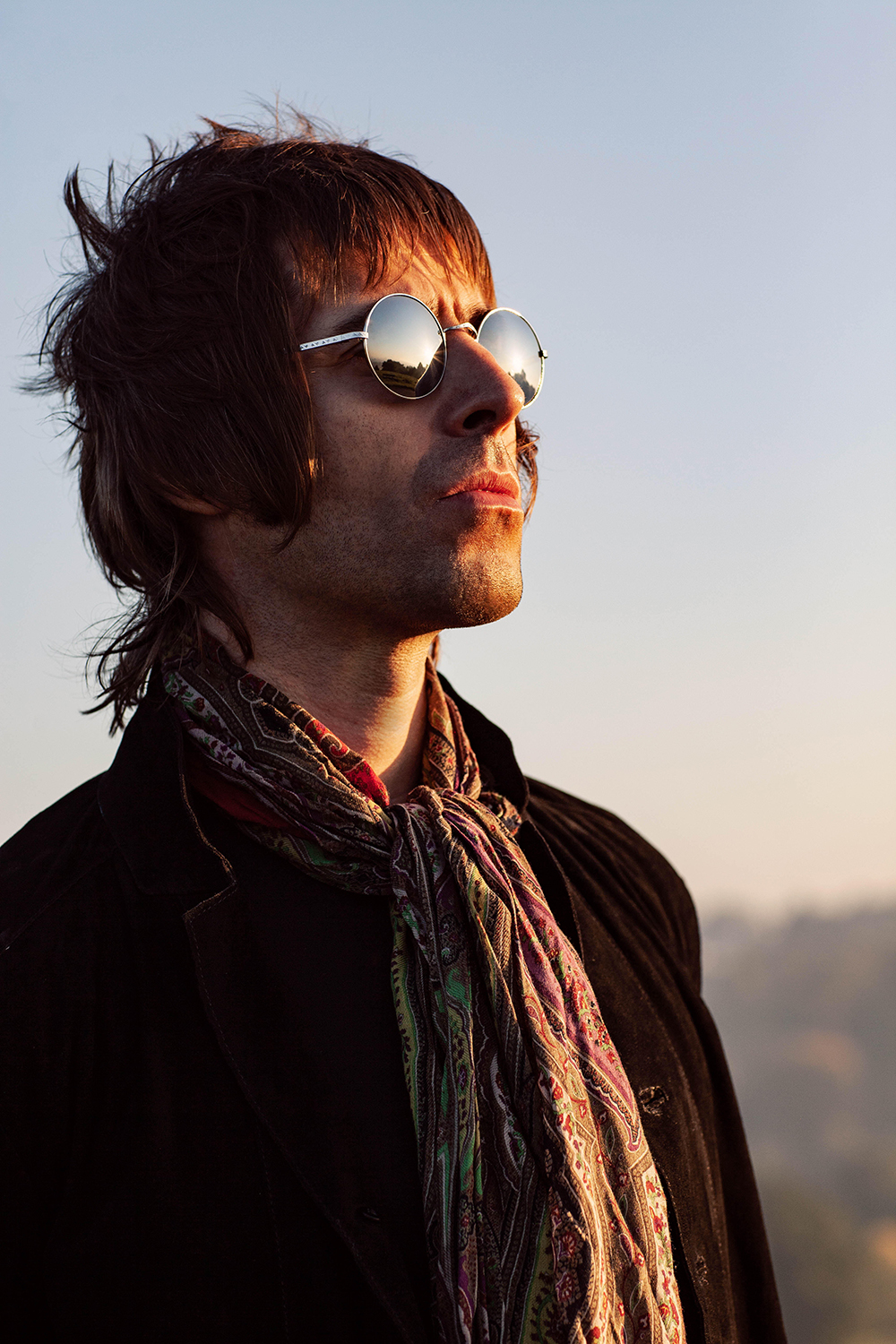 
Of course, Reid doesn’t just work in live music. He’s experienced in just about every type of professional photography you can imagine. His striking portrait work with artists from Nile Rodgers to Jessie J to Kid Cudi has featured on the covers of publications like DJ Mag, Q, NME and Mixmag. “90 percent of the job is making the subject feel comfortable,” he says. “It’s having a good rapport with the client and making sure that they trust you in taking the photo… I’m really easy-going and I like to photograph quickly, I’m not one of those who takes [a long] time, I like to keep it flowing and upbeat… you get some of these photographers who are quite moody and arty, but that’s not me. I get some music on and we don’t stop talking… we get the vibe right.” 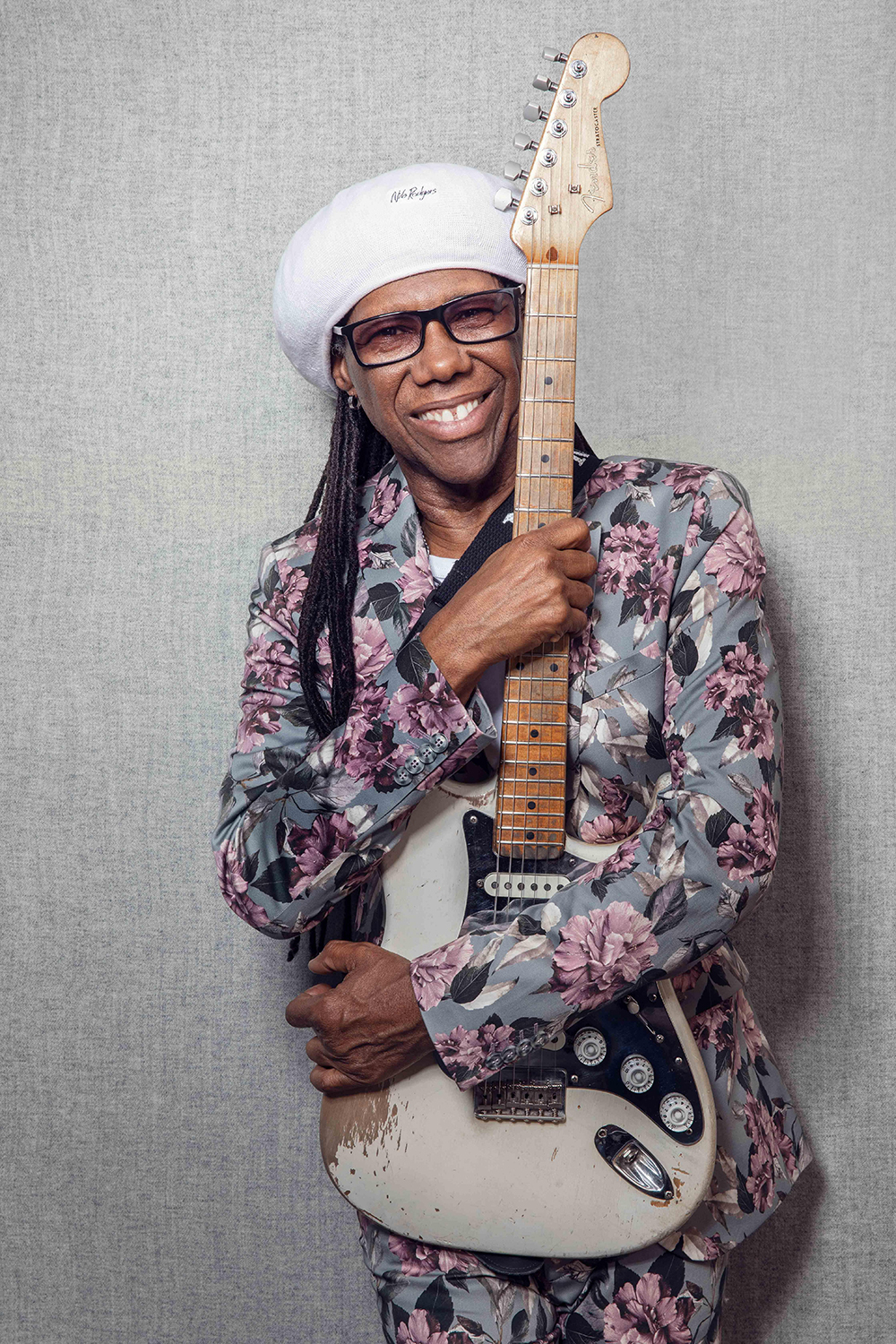 
His favourite shot is an almost psychedelic composition, Liam Gallagher lying on a sofa in stately country house Aynhoe Park, surrounded by ornate books, two globes, a giant chair, a Royal Air Force bomber replica and myraid statues and decorations. “It reminds me of some mad album cover.” He’s also proud of his work with Carl Cox “he’s one of my idols”) with whom he once fled from a very angry farmer whilst trying to get some shots in a wheat field, as well as the first ever press shots for the late great Avicii. 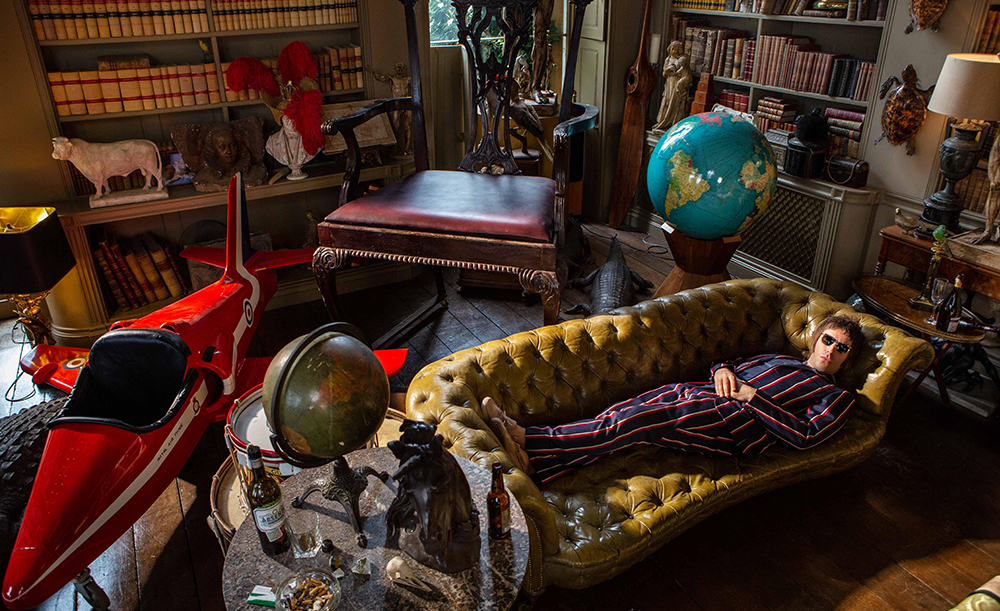 
When you’ve got what many would consider a dream job and live the kind of lifestyle that sees you travelling from country to country working with renowned artists, there must be tons of ‘pinch me’ moments when you can’t quite believe what you’re doing? Reid says maybe a bit less than you might think: “The thing is, you do sort of get into professional mode. You sort of work it out a bit afterwards, like ‘oh, that was amazing!’ but at the time, you’re just focussed on getting the shot.” There have been those moments though: “Last year when David Guetta closed the Isle of Wight Festival and he was thanking the audience at the end, it was a very weird experience - like, oh my god, I’m here...” He attributes not getting jaded to being “hungry for it… I always want to do more, which is important. You always want to try and change and better yourself, don’t get stuck in a rut.”