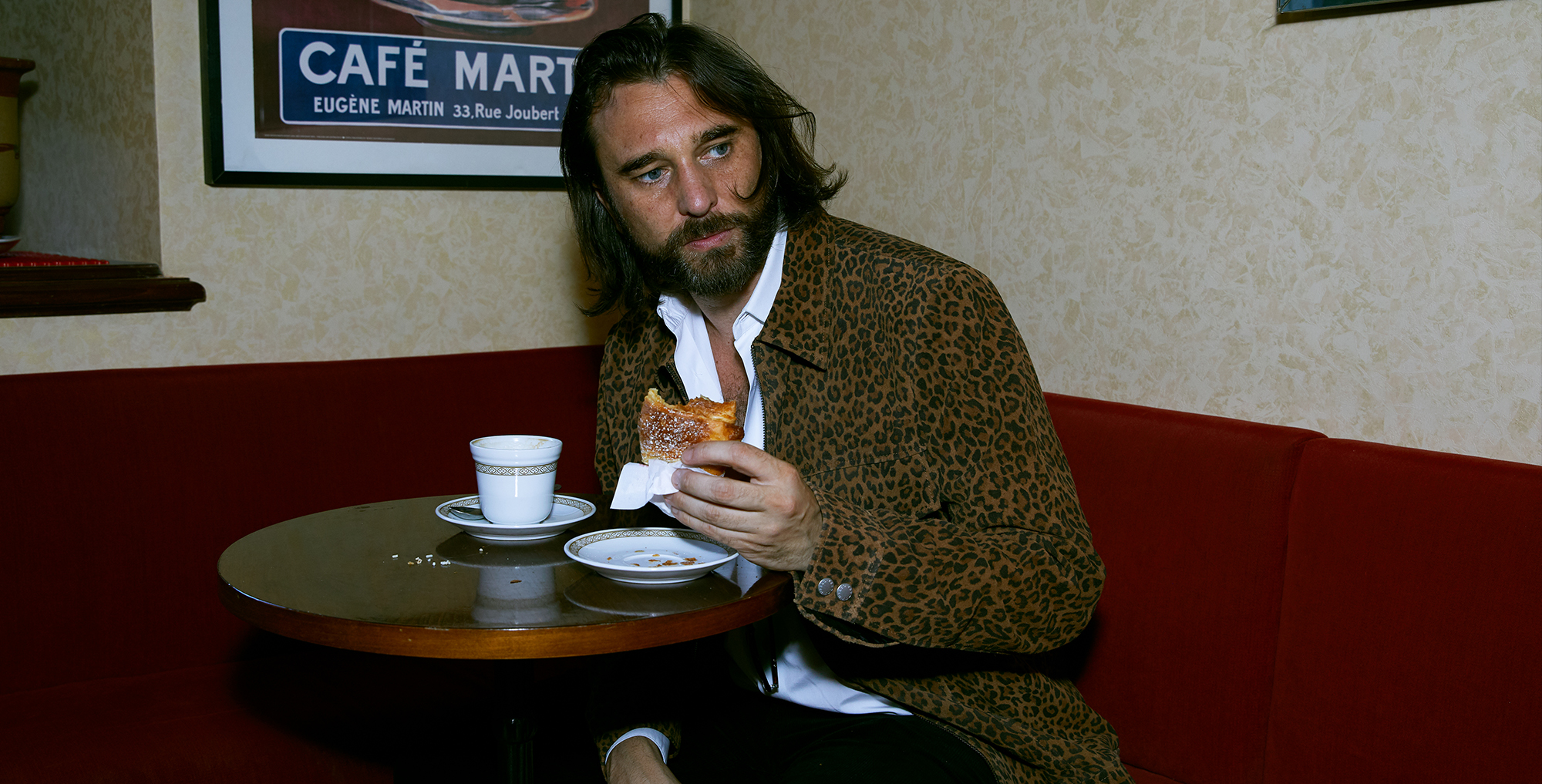 Pretty Green catches up with Jet’s Nic Cester for the first time since 2019, when he performed songs from his debut solo album ‘Sugar Rush’ at our Manchester store.


When we spoke to Nic Cester in 2019, he was just about to start work on the follow up to his debut solo album ‘Sugar Rush’. That album is now finished, but a release date is not yet determined - in fact when we speak to him this September morning, (Cester calling via Milan, Italy) he’s just about to head north to Como to get that ironed out. “I’d actually written [his second solo album] just before the pandemic… unfortunately I’ve gotten bogged down in a bit of bureaucracy from old Jet deals which are still lingering, so it’s just been on ice for over two years. That’s why I was so eager to get out of my house this morning. I've got a conference call with my manager in Australia and some of the people on my team over here, we’re all going to sit down together and finally unblock this thing. It’s frustrating, having finished something for such a long time, because you start to lose the emotional connection you had with it.”


“One of the things that interests me now is trying to stitch together different genres, and also different periods in history too. I like starting a song in the 60s, then adding a splash of the 70s - you know I just like playing with this stuff, mixing it up and trying to see if I can put it all together as seamlessly as possible.”


Whilst the circumstances aren’t ideal, Cester is immensely proud of his second solo album, calling it “the strongest bit of work” he’s ever done. “It’s a continuation of where I was at [on ‘Sugar Rush’] but way more confident and way more adventurous. One of the things that interests me now is trying to stitch together different genres, and also different periods in history too. I like starting a song in the 60s, then adding a splash of the 70s - you know I just like playing with this stuff, mixing it up and trying to see if I can put it all together as seamlessly as possible. It’s also probably the most ‘pop’ thing I’ve done, I’d say. It’ll be fun to put something out that’s a bit more light and fun than some of the other things I’ve been working on.” 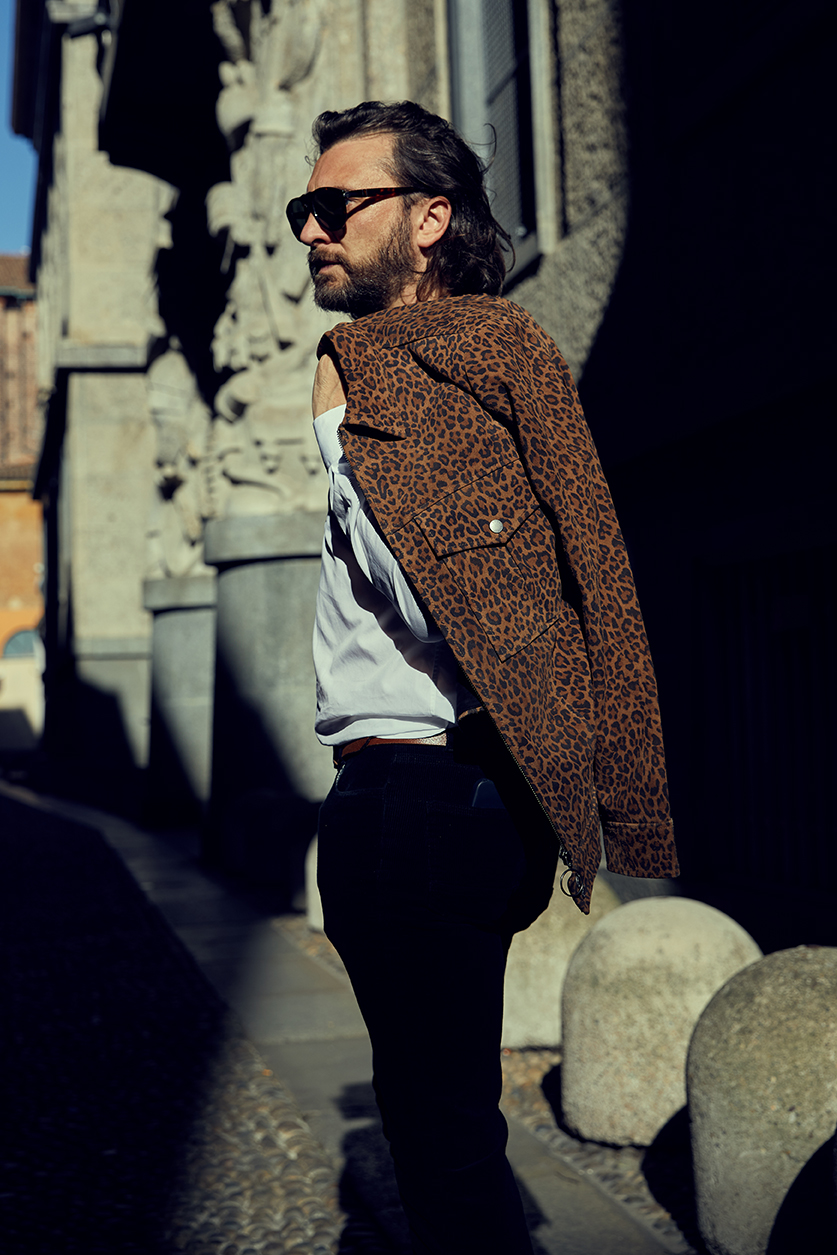 Yes, aside from the follow-up to ‘Sugar Rush’, Cester has been keeping himself as busy as possible. Last year, he released arguably his most unusual project to date, ‘The Skipping Girl’, a children’s book and accompanying soundtrack. The music is in rather stark contrast to his previous rock ‘n’ roll output, featuring delicate string arrangements and a dreamlike, nostalgic atmosphere that permeates the record. “Despite my background, I’m first and foremost a music lover. My grandfather was a tenor, my cousin is an opera singer, so I grew up listening to all sorts of stuff you know… music for me is a bit like food or wine, there’s the right wine for the right meal and the right music for the right occasion.”


This was his lockdown project, something to share with his daughter Matilda, and it was undoubtedly inspired by his surroundings at the time of writing. Italy was one of the countries hit first and hardest by the pandemic, and very early on, videos of Italian citizens singing from their balconies went viral online. “I don’t want to harp on the pandemic too much now that we’re at the better end of it, but there were some beautiful moments, despite the tragedy and the hardship. I live on a tree-lined street in Milan and there are all these old turn-of-the-century apartment buildings… I’d never really met my neighbours, but all of a sudden we found ourselves out on our balconies sharing music, passing food and singing, so I was exposed to a lot of music that my neighbours were playing.”


Only a few months ago, Cester returned to live music with an acoustic performance of ‘The Skipping Girl’ held at Forte di Exilles, a centuries old fort on the edge of Northern Italy; Cester points out that, at one point, it held the mysterious late 17th century political prisoner ‘The Man In The Iron Mask’. On YouTube, you can find a video of Cester’s daughter twirling at the front of the stage as he performs. “It was probably one of the most meaningful concerts of my life,” he recalls. “It’s so loaded with emotion and memory… to perform in that ridiculous location with my daughter right in front of me was amazing.”


“I’m always looking for new and interesting ways to present albums now that I’m not tied into having to constantly spit out the same material over and over again. Writing music for a children’s book is one idea, maybe now I could release the soundtrack to a movie that doesn’t really exist. I think sometimes when things don’t go to plan they can bear even more interesting fruit.”


Another of the projects that Cester had been working on was a film soundtrack. This was discussed in the previous PG interview - unfortunately, since then, the film failed to secure funding. Cester is unperturbed, and sees only a further opportunity: “I was really gung ho about it and I wrote a bunch of stuff in about two weeks time. I called [the director] and said ‘hey, I’ve got all this stuff!’ and they had to say ‘whoa whoa whoa, calm down a little bit, you don’t need to move this quickly. It’s always good for me to keep writing, that’s the thing that gives me joy… now there’s an enormous amount of material I can use under another guise.


I’m always looking for new and interesting ways to present albums now that I’m not tied into having to constantly spit out the same material over and over again. Writing music for a children’s book is one idea, maybe now I could release the soundtrack to a movie that doesn’t really exist. I think sometimes when things don’t go to plan they can bear even more interesting fruit.”


Then, there is of course the Jaded Hearts Club - a rock ‘n’ roll and Motown covers supergroup boasting the ludicrous line-up of Cester himself, Matt Bellamy, Miles Kane, Graham Coxon, Sean Payne and Jamie Davis. Their debut album ‘You’ve Always Been Here’ was released in 2020, so unfortunately no touring was possible; however, there is the faint murmur of a possible New Years Eve show on the horizon, and Cester is confident there’ll be more to come from the band once they can all get in a room together.


Cester describes himself as “a little bit off radar” in Milan, and it seems now he’s in the idyllic position of having conquered the rock stardom most dream of with Jet - now he can sit back and relax, take life as it comes. “I can kind of do whatever I want… I never really know what’s coming up next, which can be concerning for my wife!” Just two months ago he became a father for the second time to a little boy, so family life has taken priority over the summer. Still, with someone so creatively restless, there’s always a new project brewing. “I was just talking to Miles [Kane] last week about perhaps doing a few songs together in Italian. We’re both interested in a lot of Italian 60s and 70s music… there are so many beautiful songs, and they just drip with romance, so that would be a fun thing to explore.”


Wherever life takes him, next time we catch up with Nic Cester there's no doubt he'll have a mountain of exciting new music to discuss.

LISTEN TO NIC CESTER ON SPOTIFY